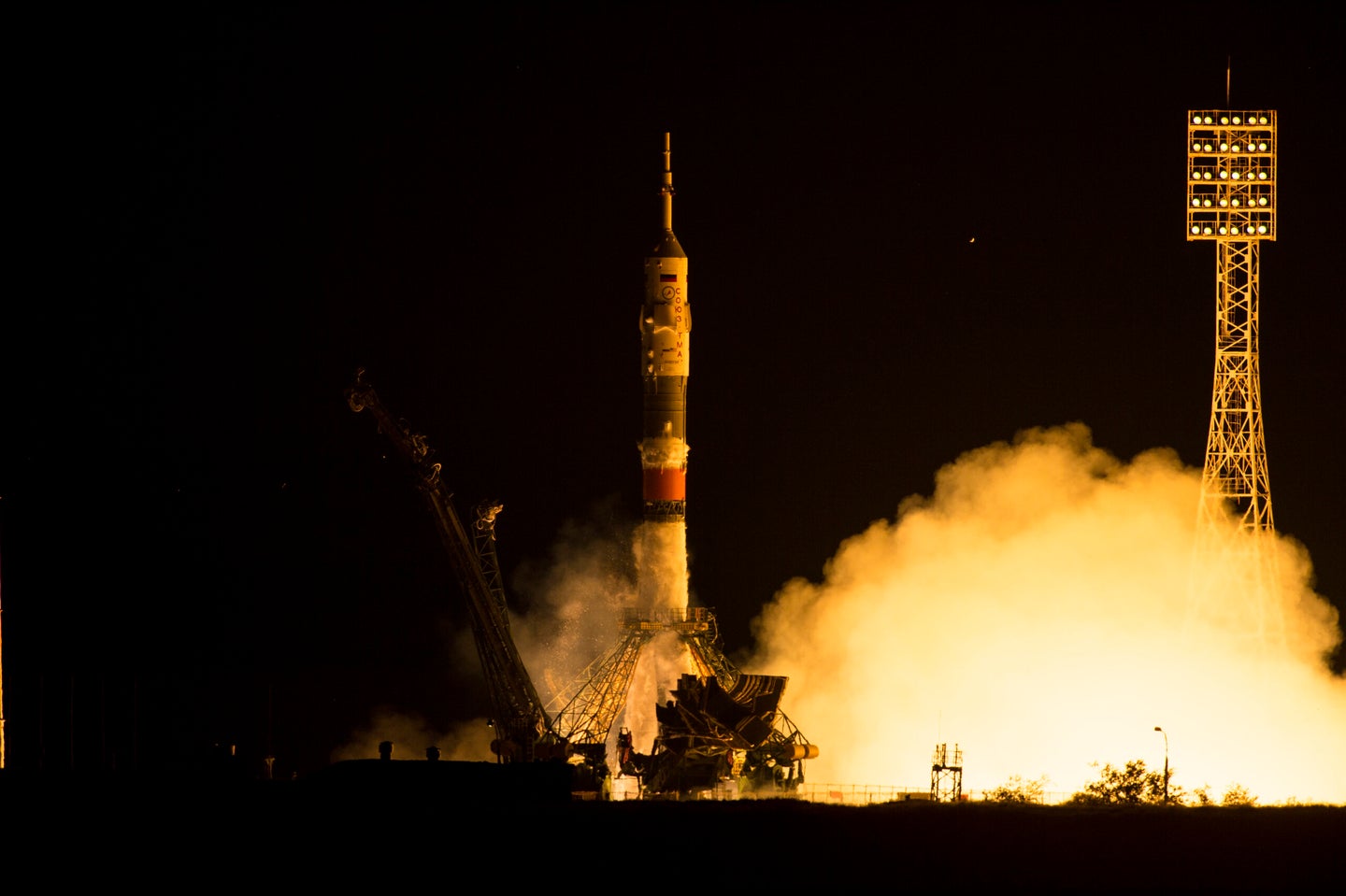 Expedition 44 launched from Kazakhstan around 5 p.m. ET on Wednesday and arrived at the International Space Station at 10:45 p.m. ET. It takes more time to get from New York City to LA than it does to get to space. Unbelievable. 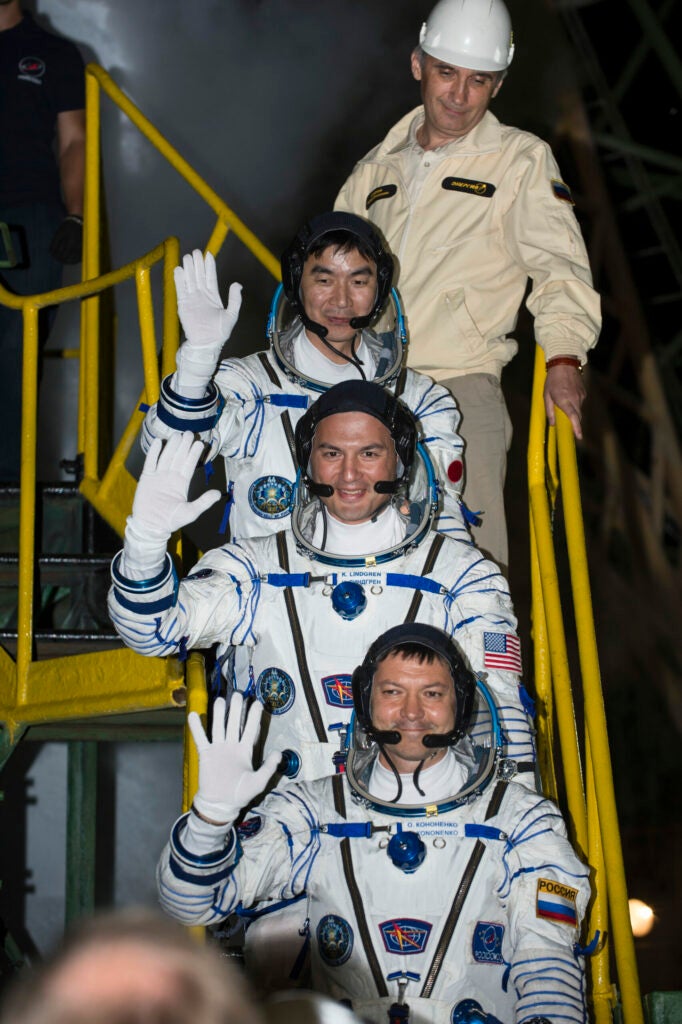 Kononenko, Lindgren, and Yui wave goodbye as they board the Soyuz TMA-17M spacecraft for launch at the Baikonur Cosmodrome in Kazakhstan on Wednesday, July 22 EDT before they spend the next five months at the International Space Station.

Astronauts Kjell Lindgren of NASA, Oleg Kononenko of the Russian Federal Space Agency, and Kimiya Yui of the Japan Aerospace Exploration Agency will stay aboard the ISS until December, joining year-in-space flight engineers Scott Kelly and Mikhail Kornienko, who have been onboard since March, and Expedition 44 commander Gennady Padalka, who also arrived in March and recently beat the record for the most career time spent in space.

The astronauts will conduct a myriad of biological experiments in the next five months, including taking bodily fluid samples and administering questionnaires to Kelly and Kornienko to monitor the effects of living in space on their health. One of the health effects of being in space that NASA’s most concerned about is headaches, which astronauts often get because of pressure changes in the skull. They’ll also get to harvest crops from the space garden.

The astronauts will only get to try half of the lettuce that grew, though–the other half has to be frozen and brought back to earth for NASA to analyze. The crew will also continue to study how liquid crystals act in space, which could help develop better screens for astronauts to bring on space walks, but could also yield applications for designing better screens for those of us here on earth.

With this latest launch, Lindgren, Kononenko, and Yui join the ranks of more than 200 astronauts who have visited the ISS. The next launch to the ISS is a cargo load of supplies scheduled for August. Until then, you can keep up-to-date with ISS activities through Kelly’s amazing photos.