Keeping Surgical Infections at Bay With a Cocoon of Air 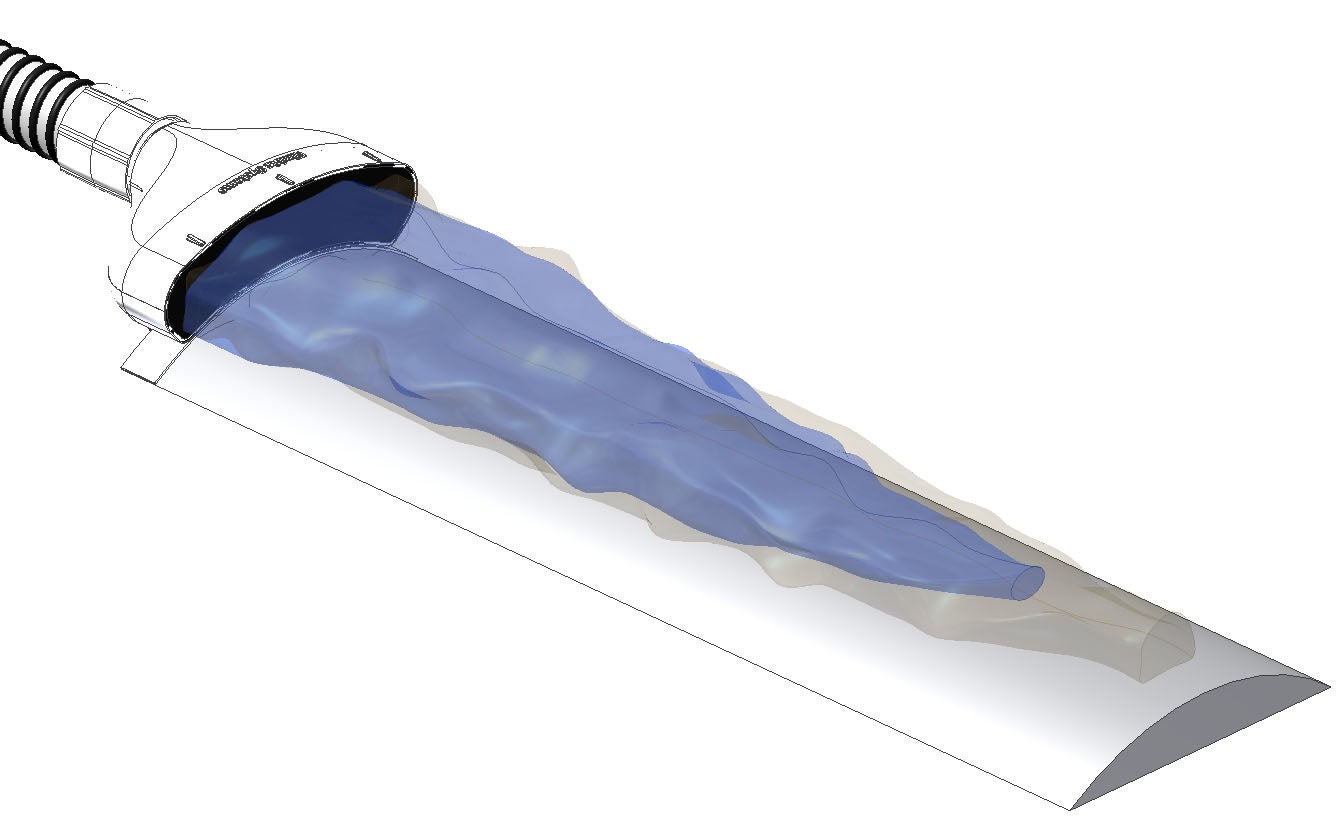 A Texas company has received FDA clearance for a new kind of medical device aimed at reducing incision-site infections that result from surgical procedures. But rather than battling microorganisms with pharmaceutical cocktails or some kind of post-surgical treatment, Nimbic Systems’ Air Barrier System (ABS) keeps surgical sites free of bacteria and other bugs by creating a cocoon of purified air around the incision site for the duration of the surgery.

Infections picked up in the operating room can be as serious–if not more so–than the condition being treated by the surgery itself. Aside from threatening patient health, they are also costly–a bad Staphylococcus infection, for instance, can drive treatment costs into the six figures per patient. ABS aims to curb those infection by ensuring that pathogens never get close to a potentially susceptible site during surgery.

It’s a relatively simple setup: a reusable blower unit feeds filtered air into a sterile, disposable nozzle that is fixed in place adjacent to the incision. ABS then keeps a constant flow of purified air streaming onto the site, creating a kind of air cushion that keeps whatever microbes might be lurking around the O.R. at bay. This is particularly critical for long-duration surgeries, like procedures that implant prostheses or things like spinal or vascular operations.

As such, ABS got its first approval for use in hip replacement surgeries, where the patient’s body is open to the ambient air for an extended period. In trials, ABS proved to reduce the presence of bacteria and other micro-stuff by more than 84 percent. That’s a lot of potential infection rendered essentially harmless. Trials later this year will explore whether ABS can achieve similar results for spinal and femoral operations.