The new USDZ file format will make it easier than ever to look at AR objects in iOS. Sharing photos and videos on a computer or a smartphone is, for the most part, pretty easy. File formats like JPG and PNG for still photos, and MOV for videos, display just as intended on pretty much any device. Now that augmented, and even virtual reality are gaining popularity, device and software makers are looking to standardize the way we share three-dimensional models for use in various apps. We know how to share a photo or video of a globe, but how do we share an interactive model of it?

At its WWDC conference earlier this month, Apple announced that it has teamed up with Pixar to develop a new file format called USDZ, which the upcoming iOS 12 operating system will natively support. It was a small piece of the presentation, but this kind of standardization will be increasingly important as AR gains traction with users.

USD stands for Universal Scene Description, and it’s a file format that’s fundamental to Pixar’s 3D animation process. You can read the technical classifications for USD here, but it’s essentially a way for content creators to code 3D objects and package-save them with enough information about things like geometry and shading to stay consistent across editing applications.

USDZ takes the concept one step further and packages all the USD elements an application needs to display that 3D object, and combines them into a single, uncompressed zip file. Each USDZ file is an archive full of individual elements that applications can reference in real time to make an object appear on a screen and in augmented reality situations.

As part of the iOS 12 release later this year, Apple is introducing the updated version of its augmented reality platform, ARKit. It has some interesting features, including the ability for multiple users to simultaneously view the same augmented reality scene from different angles at the same time for things like catapult battles and collaborative learning. But, it will also include native support for USDZ files.

If you’re part of the Apple Developer’s program and you’re trying out iOS 12, you can go to this link and find a collection of USDZ objects to interact with using Apple’s AR Quick Look. Once you download the object, you can virtually place it in the scene in front of you, like you can with typical AR apps like Ikea’s Place app, which lets you drop virtual furniture into your real-world surroundings using your phone’s camera.

Who can use USDZ?

During the WWDC keynote, Apple announced that it’s partnering with Adobe to integrate the USDZ format into the Creative Cloud apps like the ubiquitous photo editing app Photoshop and its 3D compositing software, Dimension. Adobe’s overall AR creation strategy is called Project Aero.

The fundamental idea is to allow content creators to make 3D objects and allow users in apps and on the web to interact with them in a standardized way across AR-capable devices. In the video above, USDZ is the container that holds the elements that make up the 3D sculpture and allows the iOS device to view it in real time.

According to Stefano Corazza, head of augmented reality at Adobe, the company is currently working with USDZ as well as a competing format called glTF, which already has support from behemoths like Google, Microsoft, and Facebook.

Corazza says that format is primarily designed for the web and is still working on adding some of the features that are inherent to USDZ right from the outset.

Some other people in the 3D world have concerns about USDZ as well. Apple’s sheer number of iOS devices can make a file format relevant for content creators, even if it’s not the strongest candidate. 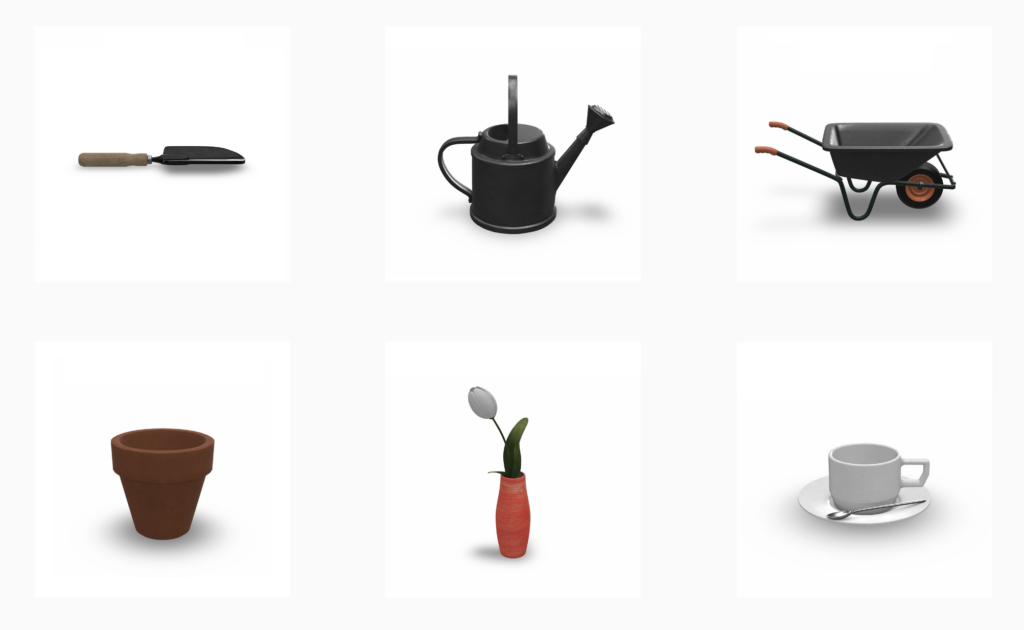 You can download these AR objects and mess around with them right now if you have the iOS 12 beta.

Look for it later this year

Whether Apple and Pixar can make the open USDZ standard the go-to format for 3D objects will shake out over time. But, USDZ support will be fully integrated into iOS 12 when it launches later this year. Then, the floodgates for 3D dancing objects will officially open.