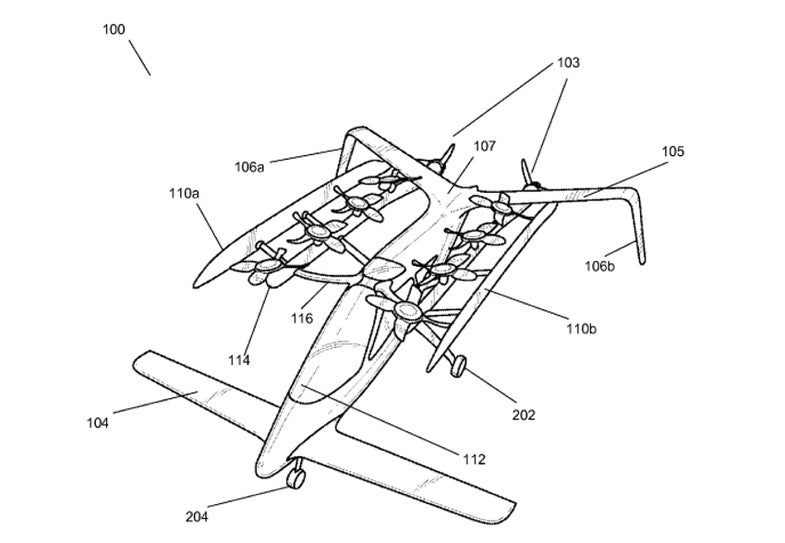 Flying cars are a forever icon of the future. Personal aircraft, with the ease and convenience of home automobiles, and without any of the downsides of airplanes or helicopters, have so far proven if not impossible then impractical, despite decades of attempts. But Google cofounder Larry Page isn’t about to let all that history get in his way. Instead, he’s funding two different Flying Car startups.

The first, founded in 2010, is Zee.Aero. They’re working on an all-electrical vertical takeoff and landing passenger vehicle, or a flying car. Some Zee.Aero employees also once wore chicken suits and competed in a Red Bull Flugtag, launching a glider that flew 258 feet and set a new record for the sport:

Page’s other team is, in an act of supreme subtly, called Kitty Hawk, after the beach where the Wright Brothers made the first powered flight. From Bloomberg’s massive report on the two companies:

From reports, the design appears to be drone-inspired. Perhaps similar to China’s Ehang 184 passenger drone, though Page’s ambition seems to dictate a more powerful vehicle.

We’ve covered attempts at flying cars in Popular Science for at least 92 years. Technology has changed greatly over the past century, and Page has the resources necessary to make some functional new vehicle. Still, I would take any pronouncements of miraculous aerial achievement with a Model-T sized grain of salt.