Tornado outbreaks in the United States are on the rise

But there’s a twist 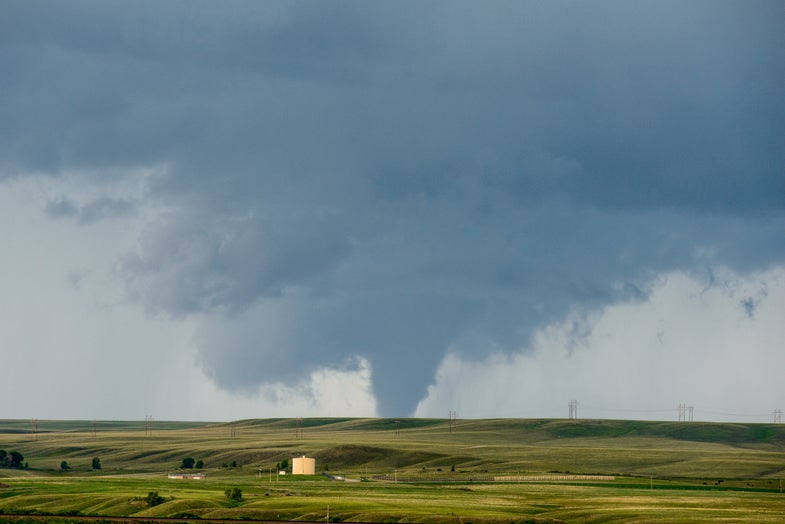 It’s not your imagination: The tornadoes are ganging up on us. While the number of tornadoes per year hasn’t changed, researchers have noticed that now, instead of their usual pattern of lone occurrences, tornadoes are popping up in packs.

Researchers are still struggling to explain the reason for the change.

“There are not more tornadoes, but they are more clustered.” Michael Tippett, lead author of a paper published today in Science says. “If you separate out the tornadoes that occur in outbreaks from the ones that don’t, what’s happened is more of them are occurring in outbreaks, and the outbreaks are larger in the sense of having more tornadoes.”

The largest recorded outbreak of tornadoes occurred on April 27, 2011 when over 200 tornadoes were noted in a 24-hour time period. The incredible intensity of those tornadoes was recently linked to smoke from wildfires, but there are many other factors at play too.

What could possibly be driving the increased clustering? It’s an important question, because tornado outbreaks are responsible for much of the damage and destruction caused by tornadoes in this country. Outbreaks were responsible for 79% of tornado fatalities between 1979 and 2010.

Researchers initially thought that climate change might be the driving force behind the uptick in clustering, but the evidence didn’t bear that theory out – at least not as relates to the current slew of outbreaks.

The researchers looked at two different factors of tornado formation in particular to try to figure out why there was such a shift from the past to the present. The first factor was convective available potential energy or (CAPE). “Climate projections say that CAPE will increase, and those increases will drive increases in the frequency of environments that are favorable to extreme thunderstorms,” Tippett says.

Extreme thunderstorms are the birthplaces of tornadoes, so the thought is that if climate change causes CAPE to increase, the chances of large tornado outbreaks also rises. But Tippett says that in analyzing the data, the researchers found that the changes in tornado grouping weren’t because of CAPE, but because of a second factor – the relative helicity of a thunderstorm. The relative helicity is related to vertical wind shear, or changes in the speed and direction of wind at different altitudes. And unlike CAPE, there is no known link between changes in relative helicity and global warming.

Long term predictions related to climate change are still on track, with thunderstorm-friendly conditions cropping up more frequently, but in the short term, the relationship between CAPE, the relative helicity of thunderstorms, and the groupings of tornadoes isn’t at all what the climate scientists expected.

That doesn’t mean that climate change is off the table as a cause entirely. Tippett says that climate change models for the future (looking down the road a century or more) show that CAPE will increase, leading to more tornado-conducive environments and conditions. It’s just that right now, that factor doesn’t seem to be what’s driving this particular change.

“We don’t understand everything about climate change, so we can’t rule it out, but there are lots of other modes of climate variability that impact the weather, things like ENSO (El Niño-Southern Oscillation) and the AMO (Atlantic Multidecadal Oscillation),” Tippett says.

ENSO and AMO are naturally occurring cycles in sea surface temperature, which can affect climate patterns around the world. But while ENSO and AMO take place on relatively quick timescales (every few years or every few decades), the reliable records of tornadoes in the United States only stretch back about 40 or 50 years. That’s enough to notice a trend, but not enough data to decisively link those trends to cyclical climatic occurrences.

“We’re raising questions,” Tippett says. “We’re saying, well, it’s not what we expected climate change to look like, but we really haven’t answered what it is. It matters for the future, because if it is climate change, we expect these trends to continue. And if it’s not climate change, there could be the potential to see things return to how they were a decade or so ago.”