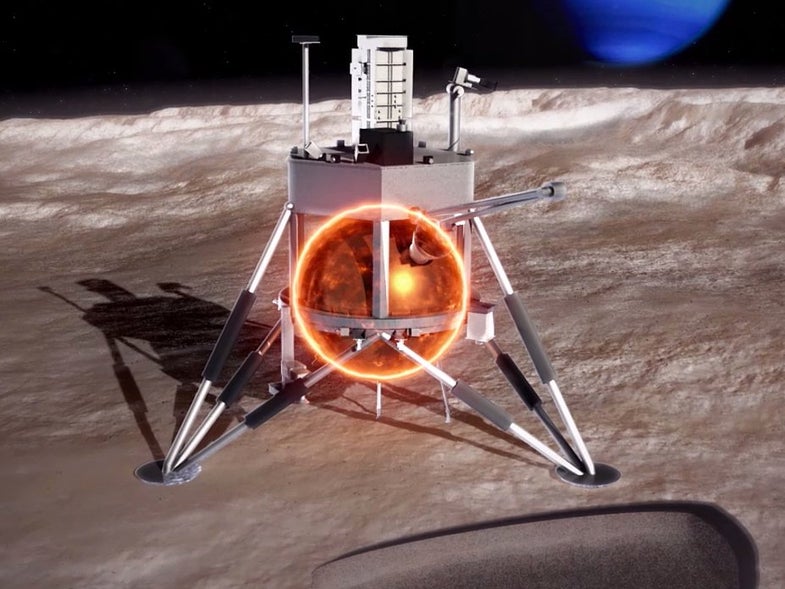 Thousands of icy worlds may exist in the solar system’s Kuiper Belt. Studying these distant bodies, however, has been a challenge. Now NASA has a video detailing a potential mission to Neptune’s moon Triton, the closest and largest known Kuiper Belt object. The potential mission includes a probe that would heat ice it mined from Triton to power it and explore the planet by making kilometer-high jumps across its surface.

The Kuiper Belt is a shadowy ring beyond the orbit of Neptune that scientists think is populated by hundreds of thousands of rocky, icy bodies each more than 100 kilometers across, as well as a trillion or more comets. Recently astronomers suggested the Kuiper Belt might harbor the solar system’s ninth planet, a world roughly 10 times Earth’s mass.

Previous research suggests that Triton “is a captured Kuiper Belt object,” and the easiest one to reach, says science fiction author and NASA physicist Geoffrey Landis. Triton, which is even bigger than fellow Kuiper Belt object Pluto, has not been visited since NASA’s Voyager 2 approached it in 1989. The mission is still under development and it’s still uncertain whether it will get funded. But if it does, it could help shed light on this mysterious class of icy bodies.

After the probe (called the Triton Hopper) lands on Triton, it would use radioactive isotopes to heat ice that it mined from the moon to drive rocket-powered jumps up to a kilometer high and five kilometers long. Steven Oleson, the principal investigator on the Triton Hopper, says the probe has the potential to explore a large portion of the moon’s surface. “We want to go from the equator to the pole.”