It’s a plane, it’s a train, it’s the hyperloop FluxJet from TransPod. 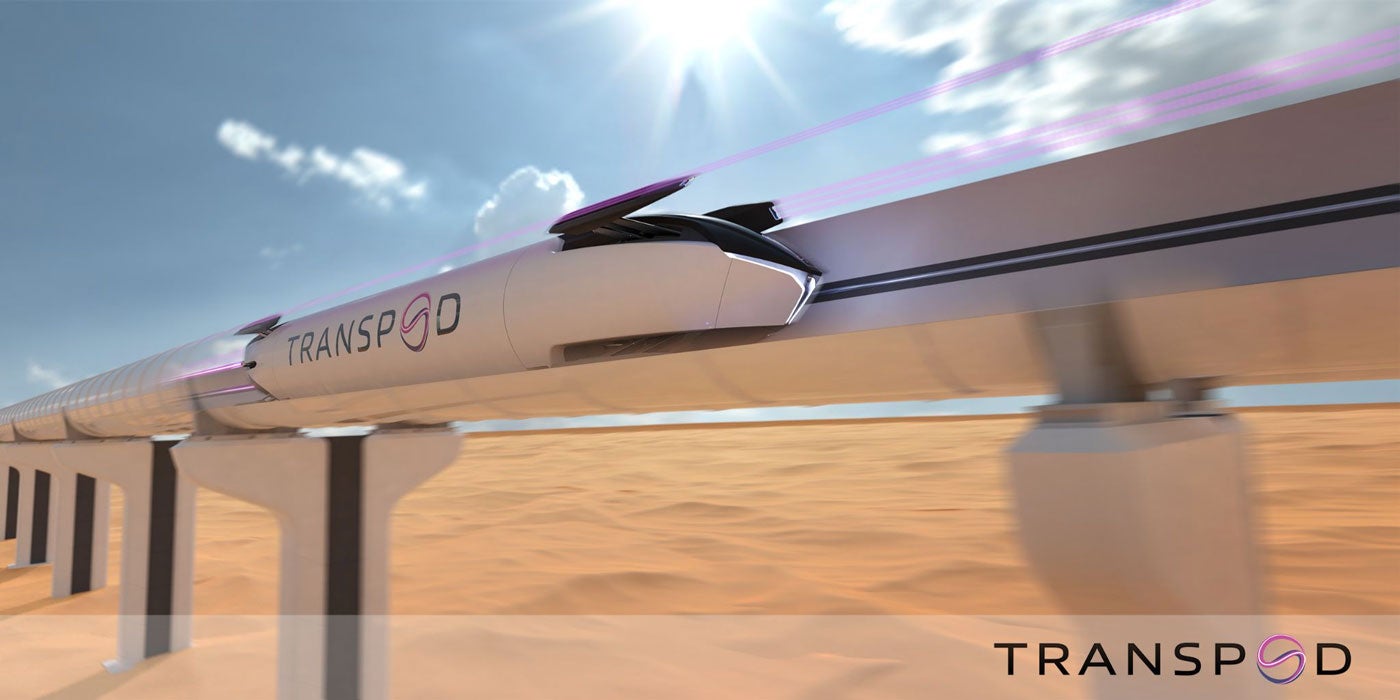 Over 600 miles or 1,000 kilometers per hour: That’s how fast Canadian-French company TransPod promises the FluxJet will be, which is 2 to 3 times faster than the fastest trains in the world today. The FluxJet, a futuristic, all-electric take on ultra-high speed ground transportation, is a hybrid between a jet and train that would use a hyperloop system for its pod and would travel in a protected guideway. Hyperloop technology consists of a tube traveling inside a special pressurized system that allows it to zoom forward without much hindrance from air resistance. It taps into a new field of physics called “veillance flux” and was unveiled to the public in late July.

This vehicle would operate on the company’s TransPod Line, which it received around $550 million to build between Edmonton and Calgary, Canada. The total cost for this project is estimated to be around $18 billion.

The company, which was founded in 2015, said in March that the ride would take 45 minutes, can carry around 54 passengers, and would cost CAD$90 (around $70). TransPod has already started environmental impact assessments and preliminary construction, on track with its originally proposed timeline in 2020.

“This system is based on electromagnetic propulsion of vehicles within a protected tube guideway, whose air pressure is reduced and controlled for improved performance at high speed,” researchers from the company wrote in a 2017 paper published in the journal Procedia Engineering. “The tube environment is designed for levitation systems, stability systems, and safety support systems, to permit multiple TransPod vehicles to run simultaneously with high-frequency departures.”

According to Inverse, the technology uses attracting magnets to float the FluxJet vehicle in the steel tunnel. Additionally, the system will contain an “electrical arc,” like those that some train and subway systems use.

TransPod is not the first startup to dip its toes into this space. Ever since Elon Musk proposed the concept in a 2013 white paper, a handful of companies have been trying to make hyperloop transportation a reality. Governments globally have come onboard as well. European countries are banding together to establish common standards around safety, voltage use, track width, and operating rules for the technology. The US Department of Transportation has been reviewing its own set of standards as well, while the Department of Energy has been looking into the effects that hyperloop technology could have on the electrical grid.

But some experts are still hesitant about the hyperloop hype, bringing up questions about the effects on passengers’ health, such as how people’s bodies will fare under the pressure and speed, and which authorities will oversee whether things are running smoothly. This questioning has resulted in the halting of some of the biggest projects in this area. Last year, two passengers witnessed Virgin’s hyperloop tech hit 106 mph for 16 seconds within the contraption. Though Virgin shifted its focus to cargo later on to “simplify safety and regulatory burdens,” according to The Verge.