To Make An Unbreakable Code, Use Quantum Physics

As soon as you try to crack it, the encryption changes. 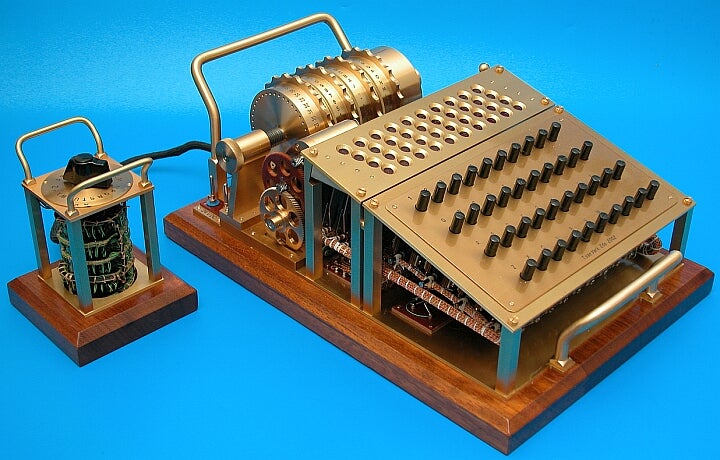 During World War II, the Nazis used a famously complex code machine to communicate military orders, assuming that no one would go through the effort needed to break its formidable encryption. The typewriter-like Enigma was a marvel of engineering, full of gears, dials, lights, keys, and a plugboard. But despite its clever design, the cipher was eventually broken by computers; because it relied on pseudo-random mechanical encryption, there were only a finite number of patterns possible. By the end of the war, British and American intelligence services were routinely decoding and reading intercepted Nazi messages.

Now Seth Lloyd, a researcher at MIT, has demonstrated that by exploiting the quirks of quantum physics, it is possible to build an encryption machine that is truly unbreakable.

“The funny thing about quantum mechanics is when you measure something, you mess it up,” Lloyd tells Popular Science. Lloyd’s theoretical quantum cryptography machine works like this: When an eavesdropper tries to make a measurement that would help him or her crack the code, the act of making the measurement disrupts what he or she is trying to measure. Tricky, right?

A peculiarity of quantum physics turns photons, fired one at a time, into a secure lock. The observer effect states that an observed photon behaves differently than an unobserved one. If a code relies on patterns of photons, the key to breaking it is therefore unobservable. This protects the whole message and makes it impossible for a third party to eavesdrop on the conversation, because the very act of eavesdropping changes the code. The is called quantum data locking, and it is at the core of Lloyd’s theoretical quantum enigma machine.

The intended recipient of a message is able to decode the transmission because he or she would already have prior knowledge of the message’s quantum state.

There is one weak spot: If the third party intercepting the message has already received a decoded partial fragment of the message (and therefore knows how to measure the incoming message) the key securing the rest of the message can be broken, and then the whole message can be deciphered. (This, of course, would require obtaining a partial message through other means.)