Here are 10 great, odd edits from the past 10 minutes. 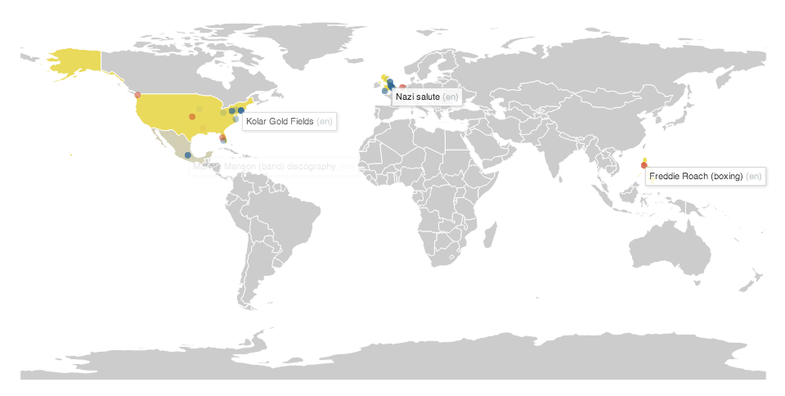 At any given moment, somebody is almost certainly editing something on Wikipedia. Will that person have any expertise on the subject? Who knows! (For the story of one of those editors, click here.)

The edits are invisible to your average Wikipedia visitor, though the edit history is publicly viewable via the “Talk” tab on each page. A new tool brings those edits to the forefront, pinning each edit to a location and offering a link to the page, in real time. Here are 10 of the oddest we saw in the past 10 minutes.

You notice patterns: editors typically make several edits to a single page in one session. Some guy in South Carolina is working feverishly on the Google Glass article, some guy in London is frantically editing a page about a synth-pop group called THUMPERS, that kind of thing. The links take you to the specific edit that was made, which is really interesting; most of the edits are cleaning up vandalism or adjusting tone and language, rather than composing new pages or adding information. And the array of subject matter remains fascinating; a map might show someone editing a page about the latest election in Iran at the same time someone across the world edits the page about the ninth season of middling TV show American Dad!. Check out the project here.