This Sound Camera Could Help You Fix Your Car

Meaning it can see where exactly where that weird noise in your car engine is coming from. 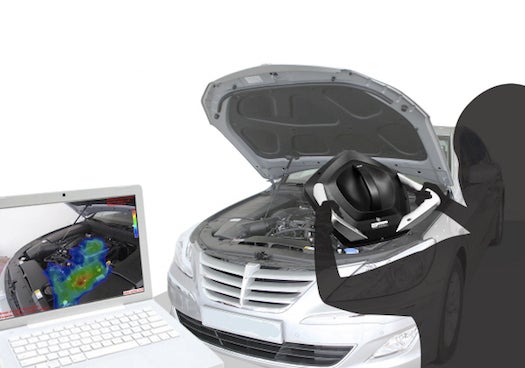 You’re driving around, when you hear a weird rattling noise coming out of your car. Even if you know your way around an engine, you don’t know exactly where the problem is coming from, which makes it tough to fix. So, quick: curl into the fetal position and begin taking public transportation for the rest of your days. Or try out this sound camera, which can map exactly where the problem is.

Developed by researchers at the Korea Advanced Institute of Science and Technology, the camera creates a heatmap-like view of machinery (or anything else): 30 digital microphones and a high-res camera pick up on what’s making noise, and an image shows the different levels of noise, organized by a color gradient. Blue means a little noise, while red is the most extreme level. 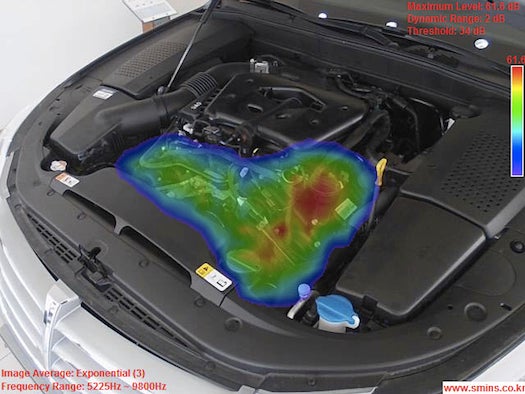 It’s not the first sound camera, but at about 4 pounds, it’s one of the most portable, the inventors say–just grab onto the handles and point it at the thing you want to hear.

Since the camera still requires you to fix the broken machine after you diagnose it, the device is probably going to be used more by professionals than amateurs. Although it would be nice to hunt down the person chatting in a move theater.