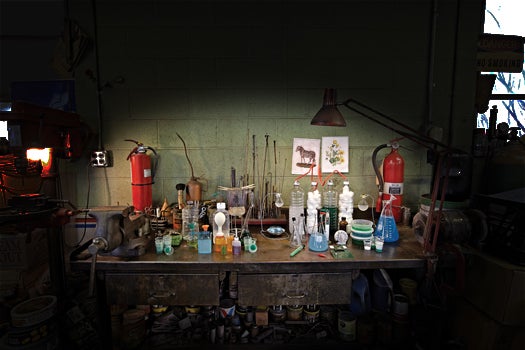 When tinkerers want to collaborate, trade tips, or just hang out, many head to communal workshops called hackerspaces. Hardware guru Limor Fried explains how such groups drive a different kind of innovation.

How are hackerspaces valuable to innovation?
Each hackerspace is different. Some have businesses, others share via open-source licenses, and many are workshop-focused. The best way to get innovation happening is to get a lot of smart people working together—that’s the DNA of a hackerspace.

Does open collaboration interfere with mainstream measures of success, such as patenting and licensing?
I don’t think innovation is all about filing patents. In the biggest industries, like server technology, open source clearly drives a lot of innovation. Twitter, Facebook, and Google were all founded using open-source software. I believe the open approach is shifting to hardware, such as cellphones running Android. I think we’re going to see hardware companies sprout out of hackerspaces.

DARPA is committing millions of dollars to hackerspaces. Why?
I believe they’re looking to be part of, and fuel, something that is community-driven and very wholesome. On their own, it’s really hard for a company or a government agency to inspire people in each city to celebrate making and sharing.

What’s the most impressive invention you’ve seen come out of a hackerspace?
MakerBot [which makes consumer 3-D printers] got its start at a hackerspace. That company is now mature with funding, offices, and staff, but its DNA comes from the hackerspace world.

Should all inventors flock to hackerspaces?
There’s a lot of benefit in working, tinkering, and exploring on your own—but also in sharing. Working with others tends to be one of the best ways to enjoy oneself and help people, and, really, that’s what this is all about.

Limor Fried is an electrical engineer and the founder of Adafruit Industries. Her company’s microelectronics help jump-start projects at hundreds of hackerspaces around the world.