While most of the US military is bracing itself for the belt-tightening that will come with scheduled budget cuts, Cyber... 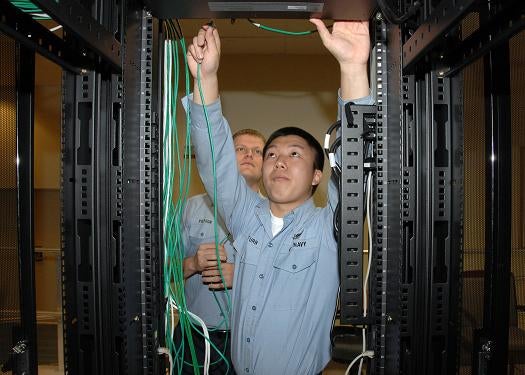 While most of the US military is bracing itself for the belt-tightening that will come with scheduled budget cuts, Cyber Command is looking to expand, going from 900 members at present to an expected several thousand.

Most of the new jobs are slated to go to members of the military, whether active duty or reserves, with one fifth set aside for civilians. The new posts are expected to be fought over, as the skill set has the potential to be very transferable to the private sector when soldiers leave the military. The civilian hires, in turn, are an attempt to find people already skilled in this.

This hiring spree comes with the admission that, while there are people serving who know their way around code and viruses, the military hasn’t quite found them yet, and their abilities may go underutilized. Expanding cyber command through a hiring initiative gives the Pentagon a way to bolster it’s offensive cyber capabilities with some of its own. More broadly than that, expanding Cybercom by several thousand is the strongest sign yet that military officials are convinced this will be a new facet of war, and they want to make sure they’re prepared.