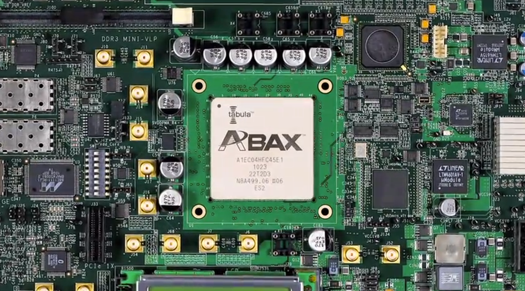 The rapid pace of innovation and the relentless pressure of Moore’s Law means new and better gadgets are always coming to market, but it also means whatever you just bought for several hundred (or thousand) dollars will likely be obsolete in a matter of months (see: the iPhone through the iPhone 4). But a new kind of shape-shifting chip–if it can be tamed and perfected–could change all that, allowing device hardware to be reconfigured when updated designs become available.

Essentially, startup Tabula is trying to create the hardware equivalent of software–a chip that can be updated over time to implement hardware improvements without scrapping a device outright. If such programmable chips could be made fast, and more importantly cheap, devices with reprogrammable components could supplant the fixed hardware devices ubiquitous today.

Reprogrammable chips aren’t completely novel. An existing type of chip called a field programmable gate array (FPGA) is currently used in some finished devices and in many prototypes before production begins (chips are cheapest when you press a million or more, so FPGAs make good stand-ins for prototypes). But FPGAs are inherently large because they need space for all that reprogrammable circuitry. In turn, that makes them both slow and expensive.

Tabula’s chips enjoy several advantages over FPGAs, the company says. To solve the size problem, the chips are cleverly designed to mimic the way a stacked, 3-D chip might function. The company likens it to stepping into an elevator that doesn’t move up or down. If when the doors close the floor outside is quickly rearranged to look like a different floor, when the doors open a person inside the elevator would think he or she has traveled to a different floor. This also improves speed, because the person doesn’t actually have to actually travel anywhere.

Tabula’s chips are capable of reconfiguring themselves in eight different ways at a rate of 1.6 gigahertz (that’s 1.6 billion times per second). That essentially means a single chip can function like an eight-layer 3-D chip, fooling data into thinking it has hopped to a completely new layer of the chip.

That capability, along with the advantage of being updatable, could spell big changes for the computer and electronic device industries. But stumbling blocks remain: Reconfigurable chips suck a lot of power, and there’s still that cost thing to overcome. But it’s worth noting that Tabula just received $108 million in funding, the largest round of investment acquired by a chipmaker in a decade, so at least a few in-the-know investors think the company can iron out the wrinkles and drive down the cost. If it means not having to buy a new smartphone every year to stay on the bleeding edge of technology, a small premium up front might be worth it.