“They will soar 1,350 feet, higher than anything man has ever built” 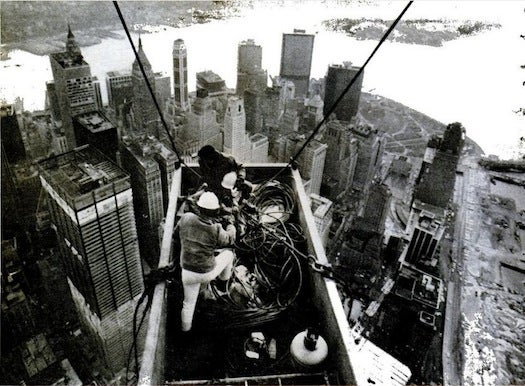 Two years before the official opening of the Twin Towers in 1973, PopSci reporter Robert Gannon visited the 110-story construction site – and nearly chickened out. To reach the top of the world’s tallest building, Gannon had to climb wobbly wooden ladders lashed to metal beams (while the builders teased him for his “hippie mustache.”) “More and more open spaces in the building’s skeleton, my boggled mind noted. I looked across to New Jersey. The day was one of those rare clear ones when New York City shimmers in the crystal air.”

When he finally crawled to the edge, with mid-winter winds blowing straight through his coat, Gannon looked 100 feet down at the Empire State Building and thought the city “lay like a balsa, three-dimensional model of lower Manhattan… a plane flew around a toy Statue of Liberty stuck into a smudge of mud.”

Read on for more from “Topping Out the World’s Tallest Building.” 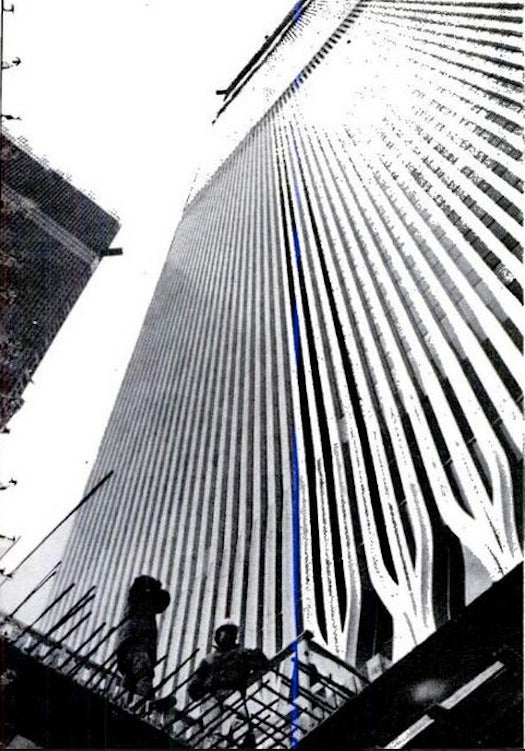 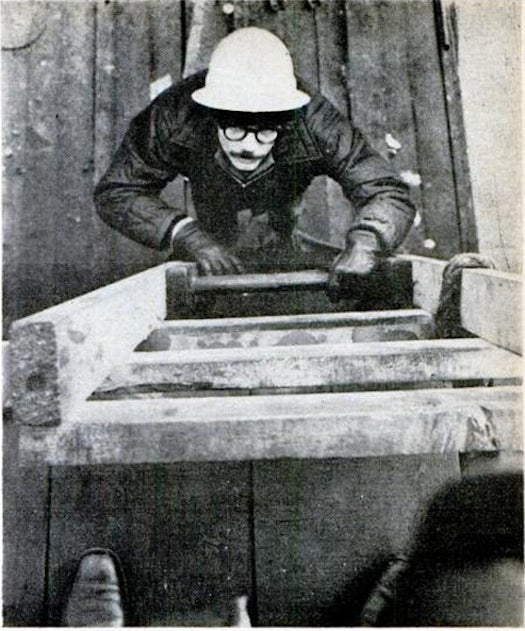 Wooden ladders like this one took Gannon from the 102nd floor to the 110th. They wobbled, the nervous author reports 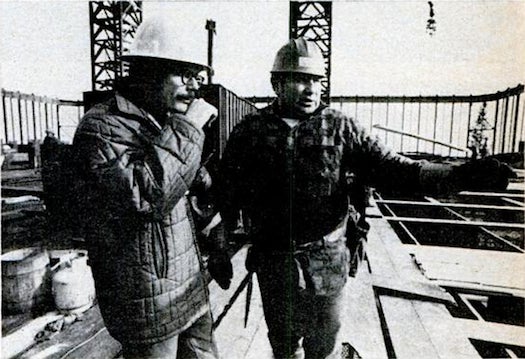 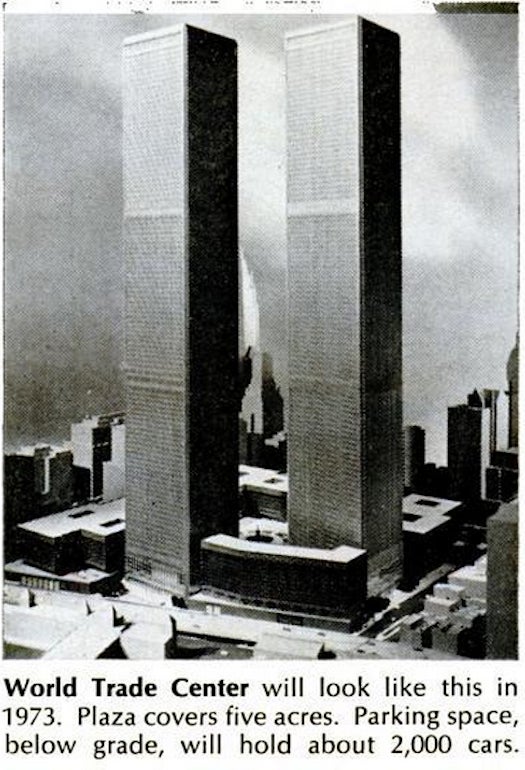 Read the full story in our May 1971 issue: Topping Out the World’s Tallest Building.