New Stretchy, Soft Chameleon Robot Can Change Colors and Hide In Any Environment

Soft robots are coming a long way, with strong yet stretchy bodies that can survive all kinds of assaults. But... 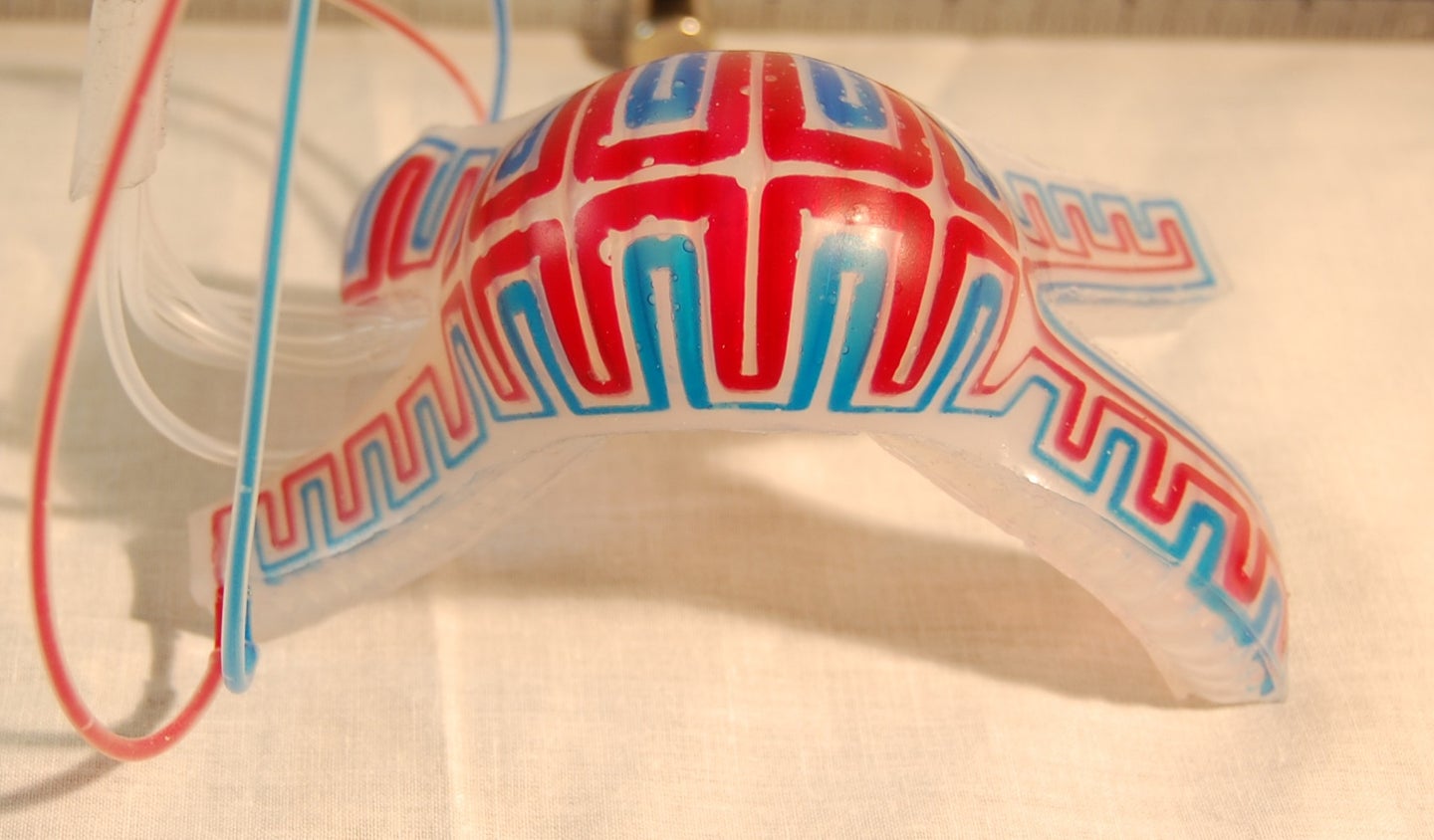 Soft robots are coming a long way, with strong yet stretchy bodies that can survive all kinds of assaults. But it would be even better if they didn’t have to survive smashing attempts at all, instead blending into their environments so neither animals nor people would even know they were there. Researchers at Harvard designed new chameleon-bots that can do exactly that.

Stephen Morin and colleagues developed four-limbed rubbery robots with special skin, which is threaded with two types of micro-channels. They’re pneumatically powered, so forcing air through the tiny channels makes them walk or crawl. Another set of channels is filled with fluorescent dyes. The combination and color of dyes can give the robot interesting camouflage or display capabilities, the researchers report.

Their color, contrast, patterns, brightness and even temperature and shape can all be changed, depending on what you want the robot to do. They can blend in with their environments, display messages, light up or even glow in infrared — that’s something animals can’t even do.

The robots were inspired by marine animals like the octopus and cuttlefish, which can expertly blend themselves into any environment on the fly. Those creatures and others use specialized internal cells or skin structures, like chromatophores, which enable their colorful properties. Instead of networks of individual pores, Morin and colleagues used a microfluidics approach, etching tiny canals into their elastomer animals and filling them with various dyes. The small channels don’t require very much volume to make an impact, which keeps the robots lightweight.

Some dyes can be controlled with temperature, and others with light — after they’re pumped in, they don’t require any power to change color, the researchers write. Morin and colleagues tested one with brilliant hues of red and blue, and made it march across a surface. They also filled one with colors matched to the robot’s test environment, and noted that this version was less noticeable.

“Dynamic camouflage would be useful for applications in which soft machines must do their job without standing out,” the authors write — like perhaps soft maintenance bots, surveillance systems or even animal-interaction robots. Their results are published today in Science. 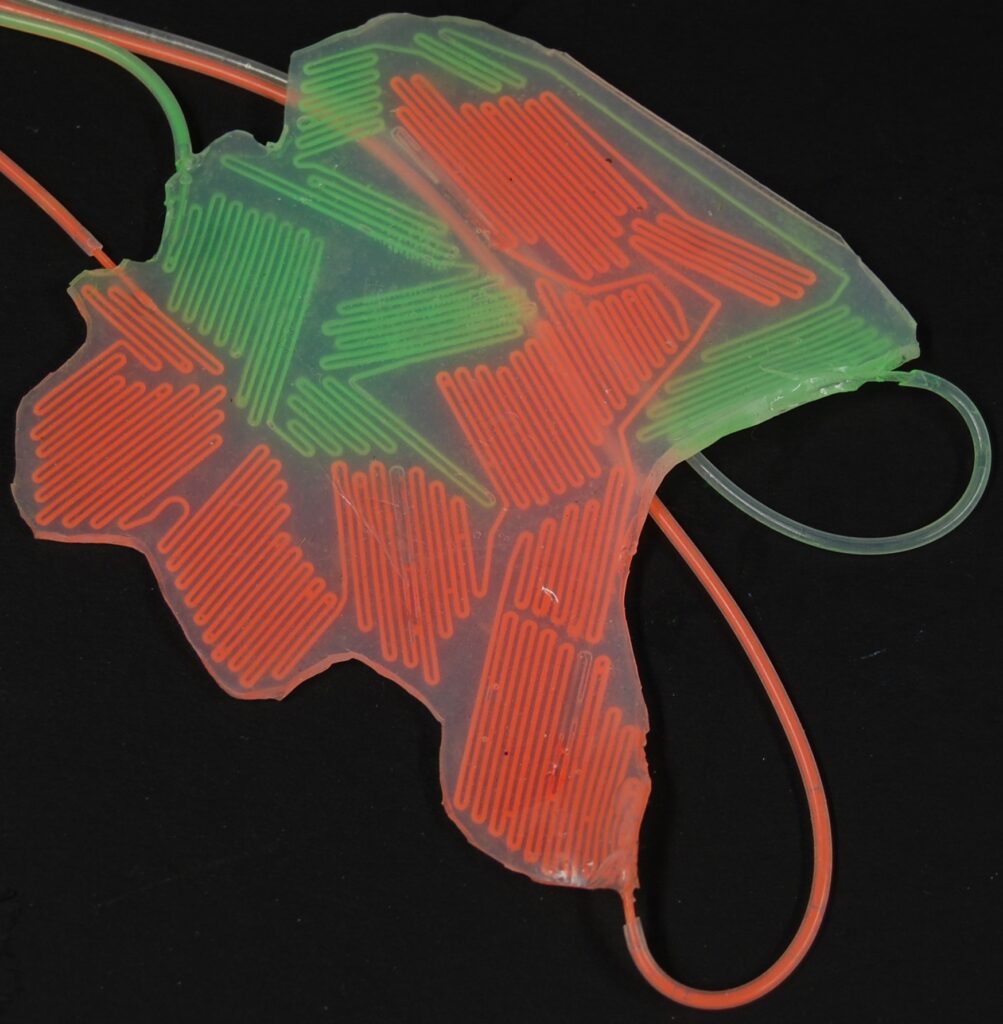 Microchannels embedded in the soft robot’s skin are filled with fluorescent dyes, allowing it to change colors.
Robots