Google Maps just unveiled a new ocean-level street view, which we’ll call Snorkel View, allowing anyone with an Internet connection to virtually dive with sea turtles other creatures in some of the world’s most pristine coral reefs. You can use the Street View tool in several tropical locales to zoom in and swim with the fishes.

“Now, anyone can become the next virtual Jacques Cousteau and dive with sea turtles, fish and manta rays in Australia, the Philippines and Hawaii,” Brian McClendon, vice president of Google Maps and Earth and a self-described snorkeling enthusiast, wrote on the Google blog.

Google already has a suite of exclusive Street View imagery featuring locales that would be difficult to visit, from the Amazon basin to Antarctica, and even up close at Kennedy Space Center.

The images are from the Catlin Seaview Survey, a series of scientific expeditions to explore and survey Earth’s coral reefs. On shallow-water expeditions, divers are using a specially designed tablet-operated underwater camera, the SVII, to capture the images. On deep-water dives, the survey plans to use robots and HD cameras. The project is funded by a private insurance entity called Caitlin Group Ltd., which has already funded environmental surveys in the Arctic.

The survey will take up to 50,000 360-degree panoramic images that will be added to Google Maps, focusing on areas in the Great Barrier Reef and locations in the Philippines and Hawaii. Check out some sample imagery in our gallery. Underwater at the beach off the coast of Queensland, Australia. 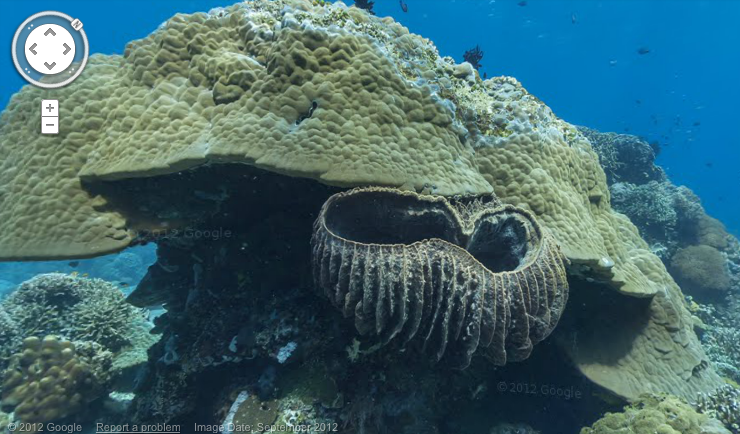 This image is from the Apo Island Pano Collects, near Dauin, Philippines. 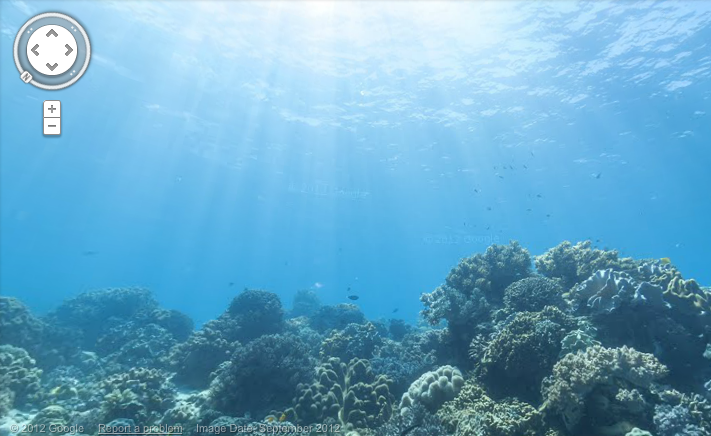 Sunlight Above the Reef

Once again at Apo Island in the Philippines. 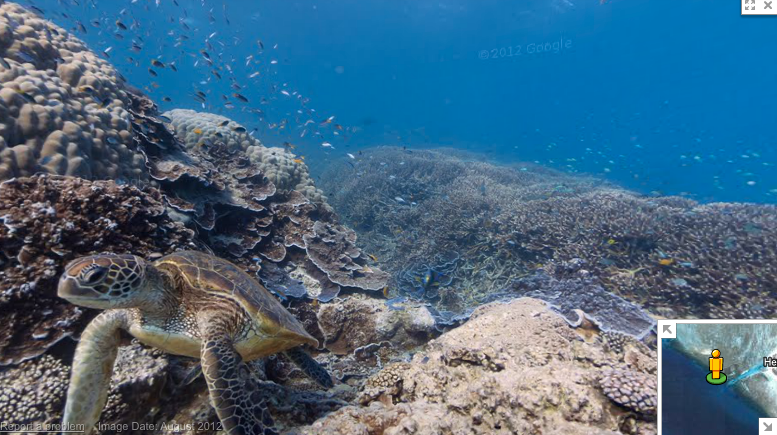 If you can’t actually snorkel at Heron Island on the Great Barrier Reef, you can get there virtually. 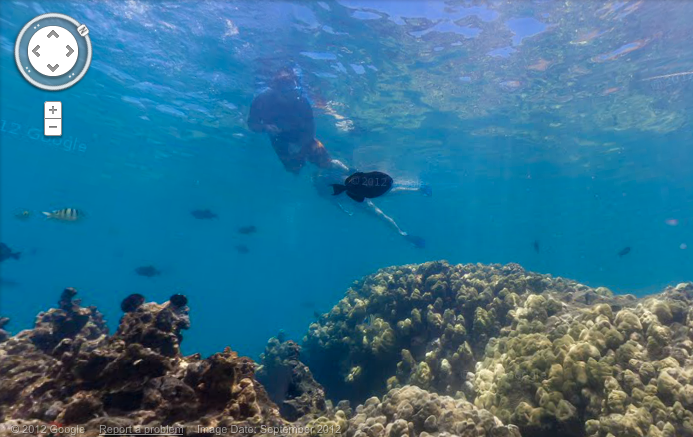 Sometimes Google’s Street View cars capture people on the street, which has become its own little Internet cottage industry. The same is true for divers in snorkel view! This image is from Hanauma Bay Nature Preserve in Honolulu, Hawaii.