Video: NASA’s Methane-Powered Launcher Lifts Off With a Blue-Hot Column of Flame

NASA’s Project M, an awesome concept to use vertical launch systems to send robonauts to the moon, is still moving... 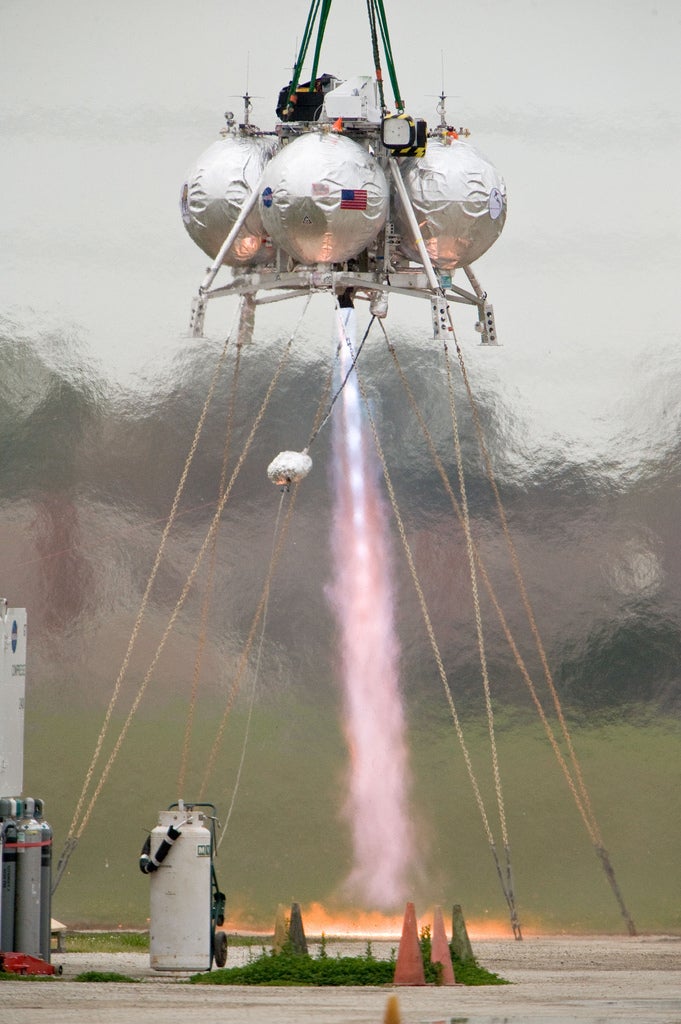 NASA’s Project M, an awesome concept to use vertical launch systems to send robonauts to the moon, is still moving forward despite Robonaut’s one-way trip to the International Space Station. It’s now called Project Morpheus, and it’s a test bed for autonomous, environmentally friendly vertical launch systems. Watch below as Morpheus fires its new engine for the first time.

The spacecraft is capable of carrying 1,100 pounds of cargo to the moon, possibly a robonaut, a rover or a moon-dust lab, according to its designers at NASA’s Johnson Space Center. And it can do it all autonomously.

The best part is its propulsion system, which is fueled by methane and liquid oxygen. Methane is a waste gas on the ISS and could also conceivably be harvested from ice in lunar craters or at the Martian poles. So it would be cheap to fill up small launchers like Morpheus for sample-return trips, something this country has never done before. It could be configured to land on an asteroid, too.

Engineers at Armadillo Aerospace, which aims to send up its own vertical takeoff rockets, built the prototype according to NASA designs. The team tried out its new engine for the first time Monday, with Morpheus tethered to a tower so it couldn’t take off on its own. This is the fifth “hot fire” test, but the first with this engine.

In the face of painful budget cuts, it’s nice to see new launchers like this are still in NASA’s future. Here’s hoping Morpheus brings some robonauts to the moon after all.