Pretty Space Pics: A Rocket Arcs Across the Northern Lights

Here, a two-stage suborbital rocket rips across the auroras over Alaska. The small rocket was launched by scientists Saturday as... 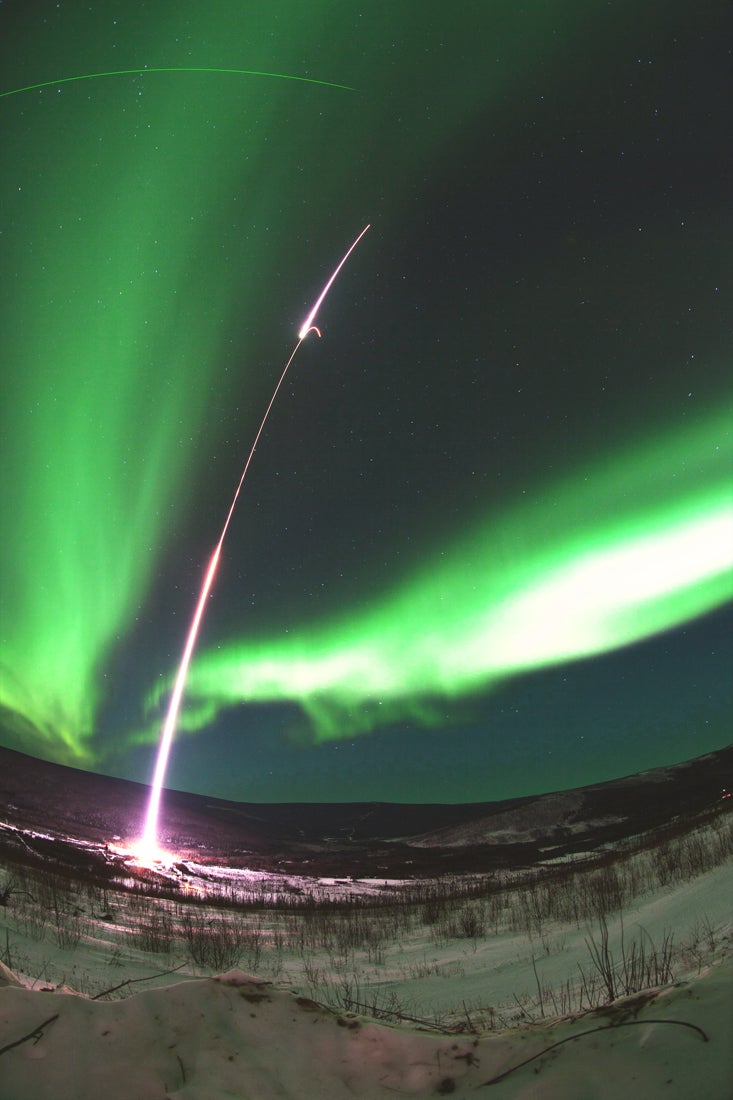 Here, a two-stage suborbital rocket rips across the auroras over Alaska. The small rocket was launched by scientists Saturday as part of a NASA-backed study into how auroras can affect signals coming to and from satellites and spacecraft. Scientists hope to better understand the way space weather impacts our electrical systems on Earth and in orbit in order to possibly mitigate those effects as the sun builds toward its solar maximum in 2013.

The team used a 46-foot sounding rocket (known as a Terrier-Black Brant) to gather data across a 6-mile-thick layer of the Earth’s upper atmosphere where incoming charged particles from the sun interact with the Earth’s magnetic field and atmosphere. On an average day that incoming solar interference doesn’t cause us any problems, but in the case of solar storms and coronal mass ejections, incoming bursts of particles like the ones that cause the northern and southern lights can damage satellites, spacecraft, conventional aircraft, and even electrical grids on the ground.

Christened the Magnetosphere-Ionosphere Coupling in the Alfven resonator (MICA) mission, the launch should help scientists to better understand the auroras and the so-called Alfven waves that cause them. As long as they keep snapping photos like these, we’re fans of the research.