Federal Study of Power Grid Might Disrupt The Nation’s Clocks

Soon, when you sleep through your Monday morning alarm, it may be Uncle Sam’s fault. Federal officials are considering an... 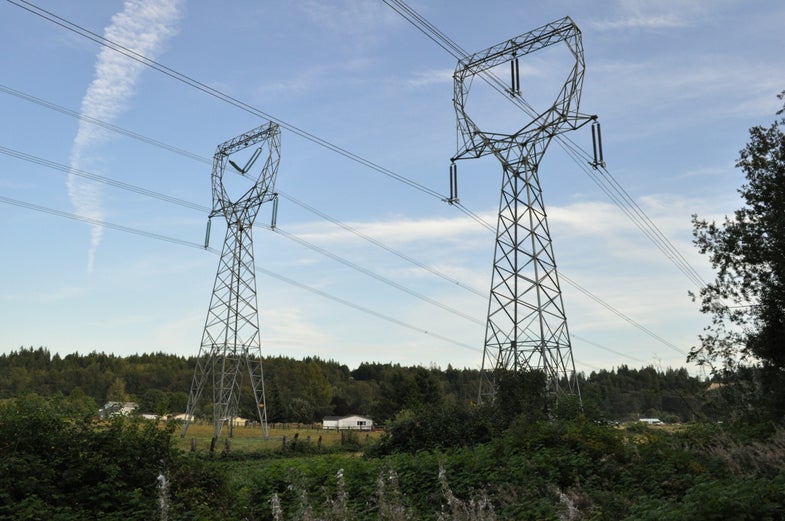 Soon, when you sleep through your Monday morning alarm, it may be Uncle Sam’s fault. Federal officials are considering an experiment on the nation’s electrical grid that could interrupt the way your appliances tell time — from your bedside alarm to your automatic coffeemaker.

Once they’re programmed, electrically powered clocks tell time based on the rate of the electric current that feeds them, as an Associated Press story explains. Electrical utilities keep the current’s frequency stable in part to keep clocks precise, the AP says. But utilities could save energy and money by allowing for greater frequency variation, so the Federal Energy Regulatory Commission is considering allowing the change.

Joe McClelland, head of electric reliability for FERC, wondered whether anyone really uses the grid to tell time.

“Let’s see if anyone complains if we eliminate it,” he said.

Renewable energy is one primary reason FERC cares about frequency variation. Power sources like wind and solar energy will ramp up and drop off with great variability, inducing spikes and valleys in the energy flowing through the nation’s electrical grid. Adjusting for those differences is expensive, and can be wasteful, according to FERC. Forgetting about it would just be easier — unless all the nation’s clocks are suddenly off.

With a more variable current, wall clocks and appliance clocks, like the one that’s programmed to brew your coffee every morning, will become less accurate every second, a phenomenon that can get much worse over time. One trade group that has studied the potential effects says East Coast clocks could run 20 minutes fast over a year, and timepieces on the West Coast clocks would be off by about 8 minutes.

Officials from FERC said they are tentatively planning to test a more variable frequency in mid-July, AP said.

It’s a good thing we have ridiculously accurate atomic clocks to keep us all on track.