Along with causing water droplets to dance (which you can try at home) and protecting hands from liquid nitrogen (which... 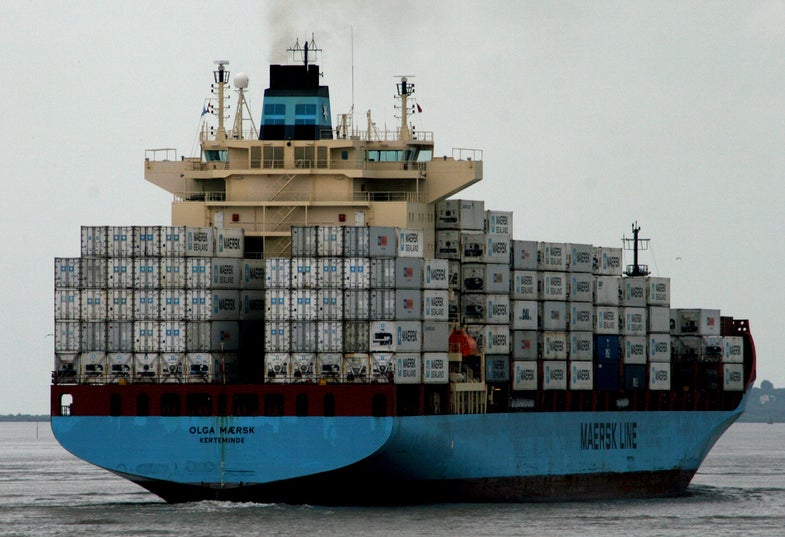 Along with causing water droplets to dance (which you can try at home) and protecting hands from liquid nitrogen (which you should definitely not try), the storied Leidenfrost effect can apparently help reduce drag, possibly cutting fuel emissions for cargo ships.

Fast, hot boats, in other words, are better.

Researchers in Australia and Saudi Arabia have figured out that a hot object moving quickly through water forms an insulating vapor layer, which isolates the object from friction. The drag on the object is reduced to nearly nothing, which means less energy is required to overcome the drag.

It’s based on the Leidenfrost effect, wherein a liquid produces an insulating vapor layer when it comes in contact with a solid object that is hotter than its boiling point. This vapor layer prevents the rest of the liquid from boiling quickly. Our own Theo Gray memorably demonstrates this effect here.

Derek Chan of the University of Melbourne and colleagues at the King Abdulla University of Science and Technology in Saudi Arabia used special polished balls to study this effect. They dropped the orbs into a liquid and filmed them with high-speed cameras, and noticed the vapor lessened the drag acting on the balls. It could have a meaningful impact in applications involving lots of solid objects in liquid, like the shipping industry or high-pressure pipelines, the researchers say.

There are still some problems with this, not the least of which is figuring out how to keep ship hulls above 212 degrees F. Heat also speeds up corrosion, so ships and pipes could get rusty more quickly.

But it’s an interesting enough concept that Chan et. al are planning a follow-up experiment to their current research, which is published in the journal Physical Review Letters.