Planned Portuguese Eco-City Is Controlled By A Central Computer Brain 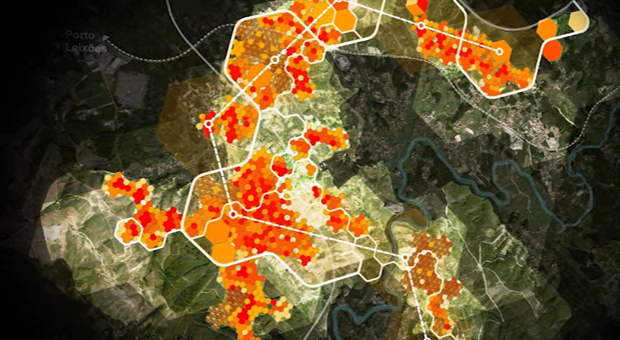 A new eco-city planned in Portugal takes a cue from biology, using a centralized computer “brain” to control functions like water use, waste processing and energy consumption. It’s the biggest attempt at urban metabolism, which attempts to compare cities to living organisms.

PlanIT Valley, in southern Portugal near the town of Paredes, will use a network of sensors much like a nervous system to collect data and control the city, New Scientist reports. A firm called Living PlanIT is leading the effort, and aims to make PlanIT Valley a low-carbon city that also provides a European alternative to Silicon Valley.

The $19 billion city could be built by 2015, beating Abu Dhabi’s Masdar City by five years. As a centrally operated smart municipality, it’s more ambitious than Masdar or China’s stalled Dongtan project. Everything is connected through a cloud to an Urban Operating System, which acts as the city’s brain.

Cisco Systems, McLaren Electronic Systems and Accenture are among the project’s partners, according to Fast Company. Cisco signed a deal in June to build a technology innovation center in the city — the idea is that many of PlanIT Valley’s 150,000 future residents will work in R&D for Living PlanIT’s partners.

In addition to the brain, the city has several other body-esque functions: A renal system of reeds and bamboo that filters water; a digestive system that involves dishwasher-sized contraptions that process human waste and food to produce biofuel; and even a visual sensing system that can track lost kids and connect them with their parents. Special apps will inform residents about traffic and other local issues.

The city operates as an efficient loop — everything is recycled for something else. Cooking water is recaptured to flush toilets, for instance. Plants in a water treatment lagoon will be cut down when fully grown and harvested for biofuel. And hot air from a massive data-storage center will be circulated to heat other buildings.

Buildings are designed as hexagons to maximize space, and construction is supposed to start at the end of this year.

It’s nothing if not ambitious, and critics point out that significant funding obstacles remain — the project needs to raise around $10 billion more, according to one estimate from Business Green. Still, it’s an interesting concept that could inform future urban planning and revitalization projects.

PlanIT fails to answer one key question, however: What happens when the brain becomes self-aware and rebels against us?