We were quite impressed with the Sikorsky X2 prototype when we featured it last year as a Best of What’s... 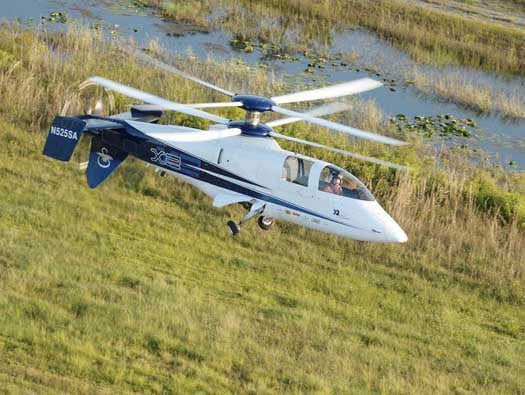 We were quite impressed with the Sikorsky X2 prototype when we featured it last year as a Best of What’s New pick, but it’s looking even better these days. The super-fast, dual-rotor helicopter is still in the prototype stage, but has already broken the rotorcraft speed record of 249 mph by reaching 258 miles per hour last week during a test flight.

Many helos top out around 200 miles per hour — for a frame of reference, an Apache attack helicopter’s top speed is listed as 176 miles per hour — so the futuristic-looking X2 is setting the bar pretty high. Its dual-rotor, counter-rotating design creates increased stability for the pilot, allowing its six-blade, rear-facing propeller to push the aircraft to speeds that would make a traditional helo too unstable to keep on a straight heading.

Of course, this was just a test flight and the X2 isn’t even close to done setting records. By the time the X2 completes testing, its designers think it can reach 288 miles per hour while still cruising comfortably.