A sharp-looking tabletop touchscreen can be used to command robots and combine data from various sources, potentially improving military planning,...

Mark Micire, a graduate student at the University of Massachusetts-Lowell, proposes using Surface, Microsoft’s interactive tabletop, to unite various types of data, robots and other smart technologies around a common goal.

It seems so obvious and so simple, you have to wonder why this type of technology is not already widespread.

In defending his graduate thesis earlier this week, Micire showed off a demo of his swarm-control interface, which you can watch below.

You can tap, touch and drag little icons to command individual robots or robot swarms. You can leave a trail of crumbs for them to follow, and you can draw paths for them in a way that looks quite like Flight Control, one of our favorite iPod/iPad games. To test his system, Micire steered a four-wheeled vehicle through a plywood maze. 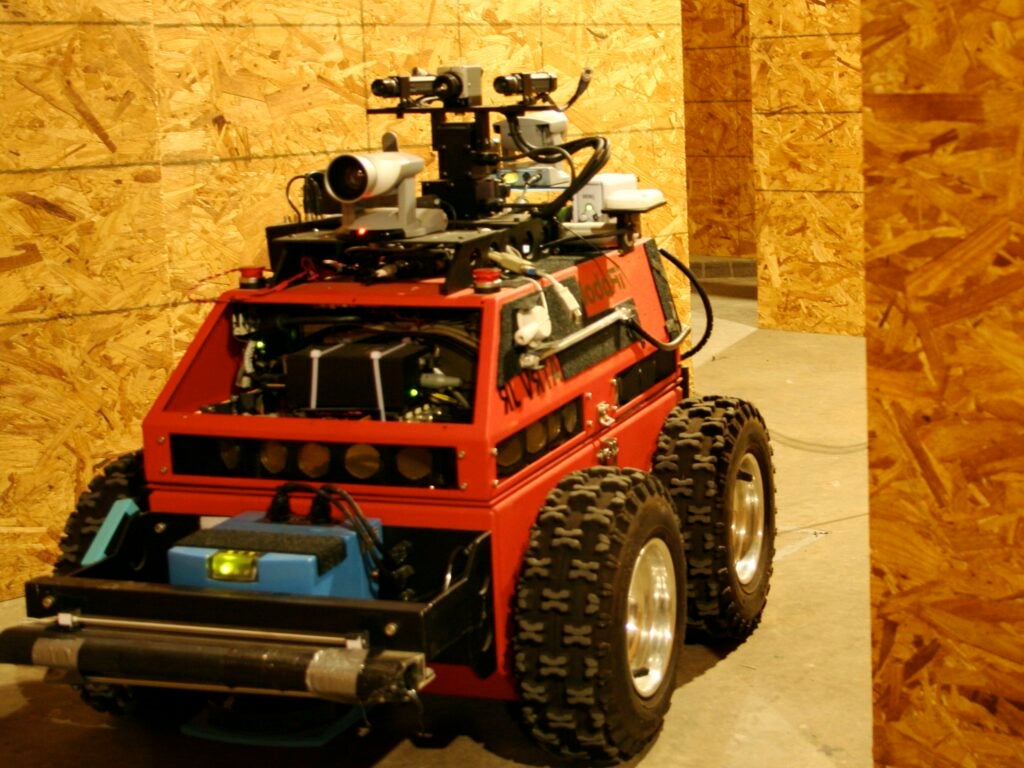 Control This Robot With a Touchscreen

The system can integrate a variety of data sets, like city maps, building blueprints and more. You can pan and zoom in on any map point, and you can even integrate video feeds from individual robots so you can see things from their perspective.

As Micire describes it, current disaster-response methods can’t automatically compile and combine information to search for patterns. A smart system would integrate data from all kinds of sources, including commanders, individuals and robots in the field, computer-generated risk models, and more.

Emergency responders might not have the time or opportunity to get in-depth training on new technologies, so a simple touchscreen control system like this would be more useful. At the very least, it seems like a much more intuitive way to control future robot armies.