The European Space Agency has released the first close-ups of the asteroid Lutetia snapped by the Rosetta mission over the... 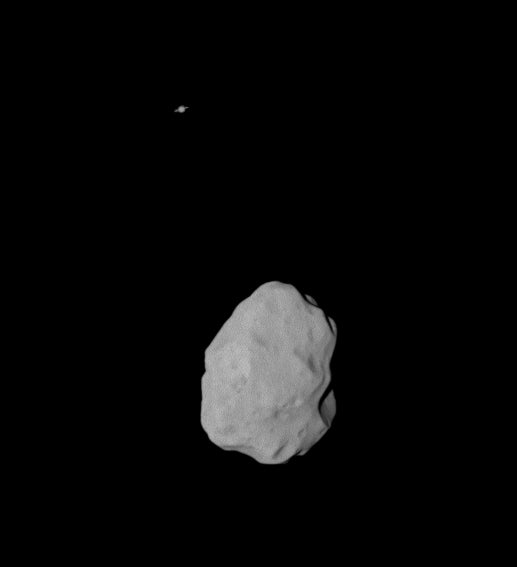 The European Space Agency has released the first close-ups of the asteroid Lutetia snapped by the Rosetta mission over the weekend, revealing that the mysterious asteroid has taken quite a beating over the years. And by years, we mean something like 4.5 billion. As suspected, it turns out that Lutetia is probably very, very old.

ESA’s Rosetta mission got a quite a view of Lutetia as it passed within 1,965 miles of it while en route to its final destination, the comet Churyumov-Gerasimenko.

Rosetta’s sensors and cameras grabbed reams of data during the flyby, which lasted just one minute as Rosetta was moving some 33,554 miles per hour. What Rosetta saw was a battered, cratered rock that appears to be a survivor from the very birth of our solar system.

That finding is key, as Lutetia has long been a mystery to astronomers. In some regards, it appears to be a C-type asteroid spawned from the solar system’s beginnings. In other aspects, it has appeard to be an M-type, which are associated with fragments of the cores of larger planetary bodies and usually are high in iron. The final verdict is not yet in, but the images taken by Rosetta will inform the scientific analysis of the asteroid.

Rosetta will now hurtle on toward its 2014 meeting with Churyumov-Gerasimenko. It will follow the comet for months as it makes its closest approach to the sun and send a landing craft to the surface of the comet in November 2014, the first such mission to do so.