Uncle Sam Wants to Know About Your Internet Service

Or, more specifically, diligently measure its speed with a special router 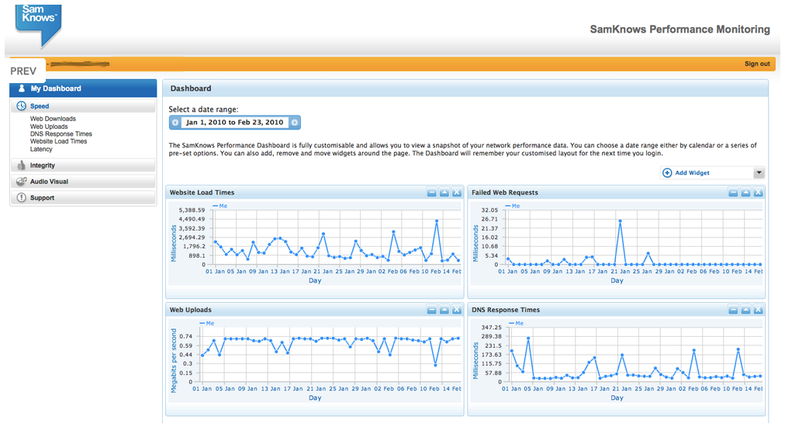 Want to know how fast your broadband connection is? So does Uncle Sam. With a new volunteer program, now you can both find out.

The Federal Communications Commission is hoping 10,000 Americans will sign up for a service that monitors broadband use, giving users — and the government — data about speed, availability and technical topics like packet loss.

Appropriately, the FCC contracted with a firm called SamKnows to do the monitoring. Sign up here. The firm will put 10,000 special routers in homes across the country to measure Internet service provider performance.

This is problematic for national broadband planning efforts, Ars Technica notes. Nobody really knows how fast broadband connections are and even what areas have broadband service. SamKnows’ routers aim to answer those questions.

The routers will perform speed tests at regular intervals every day, and send the results to a data hub that will compile information about individual ISPs. Along with speed, the routers will test connection consumption — how much data is sent and received — and more wonky details like jitter, DNS query resolution and others.

As the program’s Web site notes, most people think of ISP speed as the most important performance metric. But it really depends on how you use your Internet. Gamers, for instance, should be more concerned with things like latency and packet loss. SamKnows tests all of that, unlike other speed-monitoring services. The test data can reach up to 2 GB a month.

It’s a win-win: Volunteers will get individualized reports sent through a customized Web dashboard, and the government will get loads of detailed data that could inform future ISP disclosure rules and national broadband policy.