All Our World Expo 2010 Coverage In One Place

And: why a World's Fair in China is more relevant than ever 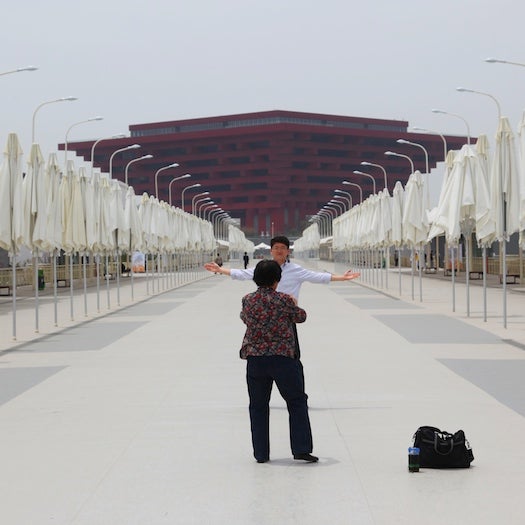 It’s been an excellent World’s Fair. In case you missed it, here’s a guide to our coverage from Shanghai, and some closing thoughts.

At the beginning of the week, I wondered what wild future we’d see here in one of the most rapidly growing, future-obsessed cities in the world. Well, it’s very similar to the one we report on every day here–one made better by the brightest scientists and engineers around the world.

Almost every pavilion was focused around optimism for a future where energy is clean, cities are carefully considered, modern places to live, and global openness and sharing is the norm. That last point, however, is notable. It’s been estimated that 95% of the Expo’s projected 100 million visitors over the course of its run will be Chinese. This is important.

As a tall white person in many places in Asia, you’re occasionally gawked at. You’re asked to pose with groups for photos, simply for being a standout face in the crowd. There are plenty of foreigners living in major cities like Shanghai, and your presence there is rarely acknowledged as anything out of the ordinary. But let’s remember, there are 1.3 billion people in China–20% of all the people in the entire world. Only 40% of these 1.3 billion live in cities–most of which are far less cosmopolitan than Shanghai.

This fair is probably for them–the Chinese who are not inundated with diverse cultural exposures on a regular basis. The ones that take your photo on the street.

That is why many of the best pavilions are elegant distillations of not just the future, but a foreign culture. Spain’s pavilion did an exceptionally good job through smart videos and performances (and yes, giant infants) of transmitting some sort of essence of living in Spain. It had a tapas bar and a gift shop with nice Spanish wines and olive oils, rather than the usual trinkets. These are things that Chinese tour groups visiting from far away do not see every day, so for them, it must be pretty special.

Sure, the Internet is rapidly eliminating this gap, bringing cultural exposure to places it’s never been. But it’s refreshing to remember that the Internet still can’t always trump real life; everyone who took my picture this week has of course seen Western people on TV and on the Internet. With this in mind, it’s easy to see how events like this, with their incredible architecture (which truly must be seen in person), their visions of the future and most of all their expression of the world’s diverse cultures, are still incredibly relevant. And a more perfect host venue than China for a World Expo–representing such a huge chunk of modern humanity–probably does not exist.