World’s Smallest Pump is Powered by Nanowires with Glass Electrodes

A collaboration between U.S. and South Korean researchers has produced what is thought to be the world’s smallest man-made pump,... 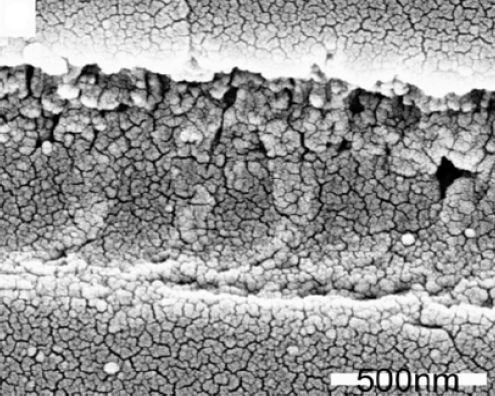 A collaboration between U.S. and South Korean researchers has produced what is thought to be the world’s smallest man-made pump, merely the size of a red blood corpuscle. More impressive still is their means of powering the pump, using glass – generally a very bad conductor of electricity – to craft an electrode at the nanoscale.

The team discovered a few years back that at the nanoscale, glass can dissipate the heat generated by dielectric breakdown – the switching of a material from insulator to conductor in the presence of electric fields – without causing damage to the glass. The leveraged that property into a novel solution for embedding wires into nanodevices using glass substrates rather than conventional wiring, which proves to be a headache at such small sizes.

The team essentially took a glass substrate and used a laser technique known as femtosecond-laser nanomachining to etch tiny channels into it. At the end of each channel the researchers left an extremely thin glass wall. When the channel is filled with an electrolyte solution, it becomes something like a tiny liquid wire with glass electrodes at each end. While at the macro scale class would stop a charge from flowing through, at the nanoscale just 10 volts of charge transforms the glass from insulator to conductor, acting as an electrode that carries the charge straight through.

The “wires” were demonstrated by powering a microscopic pump that pushes fluids from one end of the device to the other, which means it could potentially be integrated into a variety of nanoscale devices, particularly in the medical field. Such a tiny pump could be used to deliver drugs to a single human cell, or to extract samples from singular cells.