To clear space junk without creating more in the process, Boeing wants to slow pieces of orbiting degree by intercepting them with a cloud of dense gas. 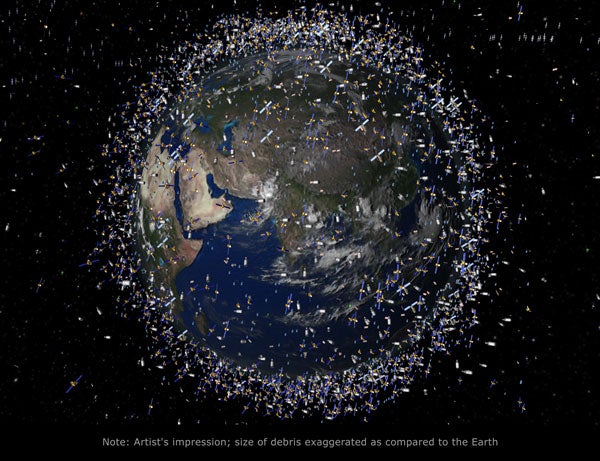 Hundreds of thousands of pieces of space junk are orbiting Earth, and the problem is only getting worse over time. ESA
SHARE

Aerospace giant Boeing has developed a novel means of clearing space junk from low Earth orbit: A cloud of ballistic gas. Most space junk-clearing schemes involve launching something up there to physically de-orbit debris, but this means launching rocket stages into orbit that then become more orbital debris. Boeing’s solution: Launch a rocket full of cryogenic inert gas right to the very edge of space, then forcibly eject tons of vaporized gas further upward into an orbiting debris cluster.

The initial density of the cloud will create enough drag to slow the debris just enough to de-orbit it, and the launch rocket would remain low enough to fall harmlessly back to Earth. More at New Scientist.