Are Our Asteroid-Destroying Nukes Big Enough?

A new study shows that blasted asteroids could re-form, Terminator-style 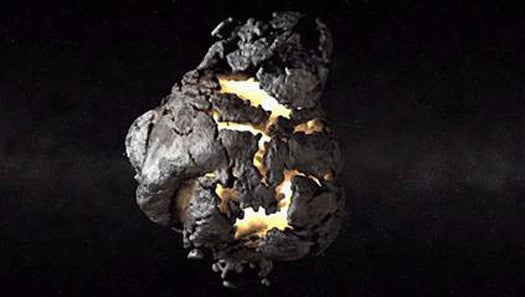 Pop quiz. An asteroid the size of Manhattan is hurtling towards Earth, its impact is sure to result in mass extinction and the destruction of humanity as we know it. What do you do?

The traditional answers would be “blow it up”. But new research from Los Alamos National Lab and the University of California, Santa Cruz, shows that if the asteroid isn’t moving fast enough, or if the nuke isn’t big enough, the asteroid will pull itself back together, T-1000-style, within a matter of hours.

According to the new simulations, the gravitational attraction between the various asteroid parts is strong enough to reconstitute a 3,281-foot-in-diameter asteroid in between 2 to 18 hours. To blow up the asteroid thoroughly enough to prevent its recombination, you would need a nuclear weapon with a yield of 900 kilotons — which, luckily, is well within the range of current hydrogen bombs.

However, the asteroid that killed the dinosaurs was ten times larger than that, meaning it reform much faster after being nuked. So rather than blowing up the asteroid directly, many scientists advocate blowing the nuke up next to the asteroid. That explosion could shove the rock out of the way of Earth, without creating dangerous smaller meteorites or allowing it to come back together.