Solving the Mystery of the Green LED For Pure, Efficient White Light

By deploying LED lighting across the board, the United States could save $120 billion – and untold tons of greenhouse... 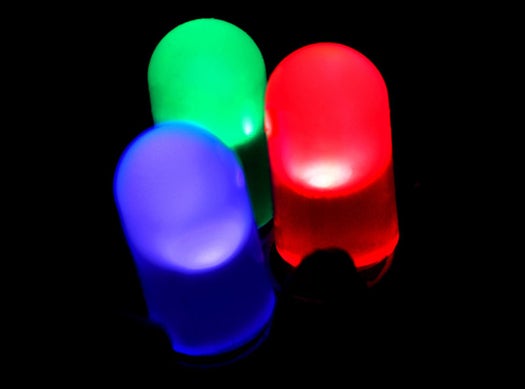 By deploying LED lighting across the board, the United States could save $120 billion – and untold tons of greenhouse gas emissions – over the next two decades. But it’s another kind of green that’s keeping the era of the LED from coming to fruition. While scientists have long been able to produce red and blue LED lights, the essential third ingredient for creating good, brilliant white light—green–has proven elusive. But researchers at the National Renewable Energy Laboratory have finally cracked the code on LED green.

By reverse engineering the solar cells they’ve worked on for so long, researchers at NREL were able to generate a difficult combination of green and red that could revolutionize the way we light our homes and other buildings. LEDs, after all, are the reverse of solar cells; one turns light into electricity, the other electricity into light.

Though the solar cells NREL scientists were working on hadn’t gone so far as to capture green light–solar cells don’t require green light to harvest energy–they had dabbled in the green spectral region. Years of tweaking the different lattice layers within solar cells informed their thinking: if they could closely manage the spectrum absorbed by solar cells by carefully tweaking the size and nature of the lattices within the cells, couldn’t they do the same for LEDs?

So they did, achieving a deep green on their very first try by putting indium into gallium nitride. The team is now working to create a fourth color that will enhance white light even further. NREL envisions a deeper red blended with a lemony green that will be combined with a blue and a very deep green made from their indium-gallium nitride technology.

The resulting light would be highly manageable, giving the user the ability to electronically manipulate the hue. Meaning by the time the DOE phases out compact fluorescent bulbs in ten years, we should have a cheap, efficient and more flexible light source ready to take their places.