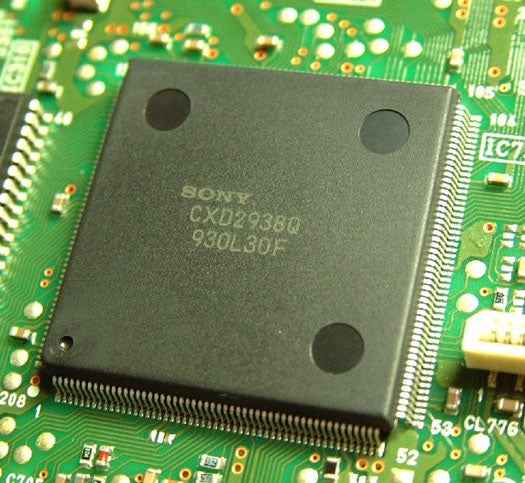 Transistor junction, what’s your function now? Irish researchers at the Tyndall National Institute have fabricated the world’s first junctionless transistor, a nanotech development that could change the way semiconductors are manufactured.

The challenge over past decades has been to keep up with Moore’s Law by cramming more and more transistors into the limited real estate provided by silicon chip fabrication methods. But as future tech leans more heavily on smaller, lighter, more mobile devices with increased computing power, the imperative to slim down chip design while increasing efficiency has grown increasingly greater.

Unfortunately, existing transistor junctions — two pieces of silicon with opposite polarities that allow the current to be switched on and off within the transistor — aren’t all that efficient. Current can leak from junctions, upping power consumption and causing overall inefficiency in devices that increases with the number of transistors. Junctions are also a major factor in driving up costs in the chip manufacturing process; as gateways for current, they are the key mechanisms in transistors, and manufacturing high quality junctions can quickly become very expensive.

The junctionless transistor circumvents the need for junctions by pumping current through a thin silicon wire just a few atoms in diameter. A component nicknamed the “wedding ring” regulates the flow of current by electrically “squeezing” the wire to stop the electron flow, much in the way you might crimp a drinking straw to stop liquid from moving through it. The architecture of the junctionless transistor is simple enough that it can be cheaply produced even at very small sizes, meaning that the tech could contribute to significantly cheaper transistors in future. And because the current is moving straight through a silicon wire, it leaks very little current, making these new structures a good deal more efficient.

Of course, crimping a silicon nanowire to control current in a lab setting and manufacturing these junction-free transistors en masse are two completely different things, and it remains to be seen whether the innovation can scale effectively across the chip industry. But if the technology does indeed pan out on a large scale, the breakthrough could lead to a paradigm shift in chip architecture.