Let's get that positronic brain rolling 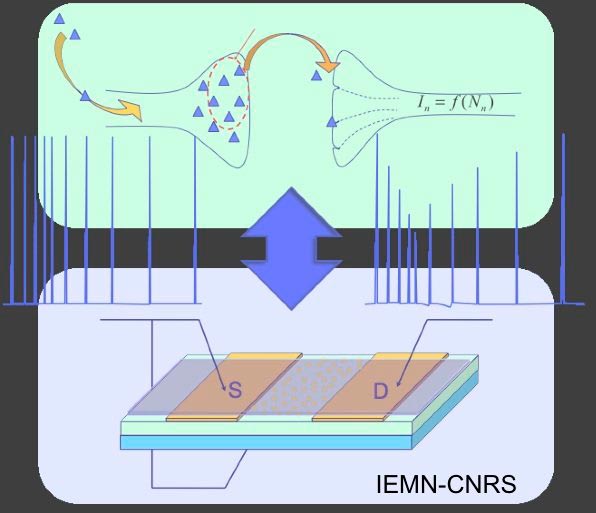 Biological brains have classically represented the gold standard for artificial intelligence research, but only recent efforts have seriously begun trying to replicate the brain’s seemingly chaotic neural networks and connections. Now French scientists say they have created the first computer transistor that works like a brain’s synaptic connection. Physicsworld.com reports that this could lead to new brain-based computers and help artificial devices connect more seamlessly with biological tissue.

A biological synapse typically converts a voltage spike coming from a pre-synaptic neuron into a discharge of chemicals called neurotransmitters, which becomes a new spike in a post-synaptic neuron. Scientists built an artificial version of a synapse by using gold nanoparticles, an insulation layer and an organic semiconductor transistor made of pentacene.

The artificial synapse successfully imitated the voltage spikes by using pulsed voltages. The research teams at the University of Lille, the French National Science Agency and the French Atomic Energy Commission could even adjust the time delay for each spike by changing the number of nanoparticles and the device configuration.

This represents just another small step toward creating tiny nanoscale devices that can replicate a brain’s complex neural network. The human brain alone may have 100 billion neurons, but also holds more than 10,000 times that number of synapses.

Preexisting artificial neural networks based on silicon chips have required at least seven transistors to build one artificial synapse, but just one of these new devices can do the same job. It may also prove excellent at bridging the divide between artificial limbs or implants and the human body.

Researchers backed by the European Union have an even more ambitious goal in mind for down the line — creating a “wet” computer based on a chemical version of neurons, complete with voltage spikes and the usual synapse connections.