Computer intelligence is getting more human every day. They solve problems like humans, they communicate like humans, and now, they’re... 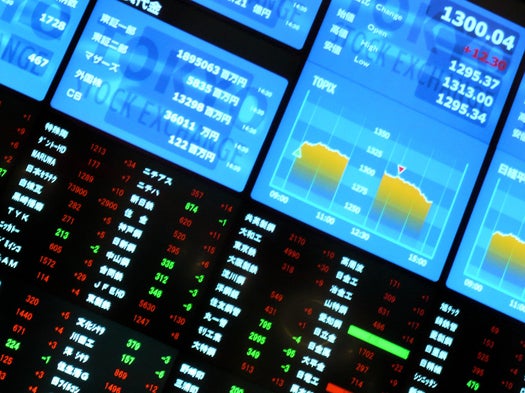 Computer intelligence is getting more human every day. They solve problems like humans, they communicate like humans, and now, they’re ruining the world’s financial markets just like humans. NYSE Euronext, the trans-Atlantic regulatory body that monitors stock trading, has fined Credit Suisse’s trading division for failing to monitor a computer trading algorithm that misconducted hundreds of thousands of stock transactions.

According to the Financial Times, algorithms handle 60 percent of trading in the equity markets, with little or no human oversight. The problem is already bad, and getting worse. Earlier this month, a malfunctioning algorithm accidentally traded 200,000 futures contracts to itself. And last year, the London Stock Exchange shut down after a rash of computer-generated orders overwhelmed the system.

Frederic Ponzo, a managing partner at GreySpark Partners, a consultancy, told the Financial Times that, “it is absolutely possible to bring an exchange to breaking point by having an ‘algo’ entering into a loop so that by sending them at such a rate the exchange can’t cope.”

And if that wasn’t bad enough, Financial Times also notes that, “regulators say it is unclear who is monitoring traders to ensure they do not take undue risks with their algorithms.”

Just over a year ago, it took a flesh-and-blood human to mismanage financial risk so badly that the world’s entire economic system cracks at the foundation. Now, we’ve got a computer to do it. That’s what I call progress.

[The Financial Times, via IEEE Spectrum]