You're the meteorologist now! Well, you and your car 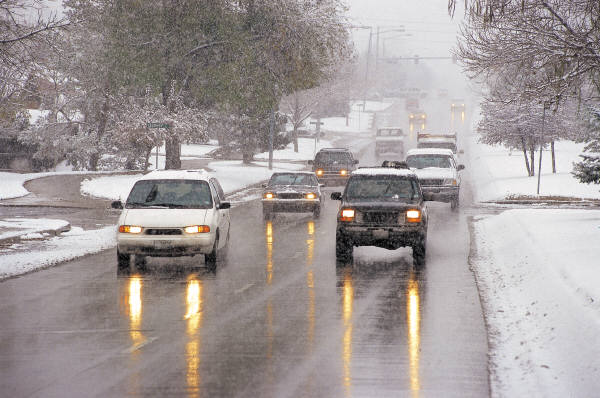 Give the National Weather Service some credit for some clever crowdsourcing experiments. It has just launched a Twitter-based program to monitor tweets about severe weather, and hopes to eventually transform cars into mobile weather stations, Discovery News reports.

People enjoy talking about the weather even when they don’t have awkward silences to fill, and so the National Weather Service (NWS) wants to follow all the notes, links and pictures that Twitter users post about those monster hailstones or crazy tornadoes. The “Twitter Storm Reports” take advantage of geotagging that pinpoints geographic location for individual tweets, and merely asks weather watchers to enter location identifiers such as address, street intersection, city name, an airport identifier or even latitude and longitude. You know, for the geeks!

A more ambitious plan would use data that most cars already collect, such as outside temperature readings, GPS locations and barometric pressure. NWS hopes to even gather info on rain or snowfall from windshield wiper use, antilock brakes and headlights.

Car manufacturers and the U.S. Department of Transportation have already endorsed the idea. Because hey, if NASA and DARPA are already doing crowdsourcing, why not?