A desert people have developed a new weapon that uses sound instead of bullets. But this time, it will be... 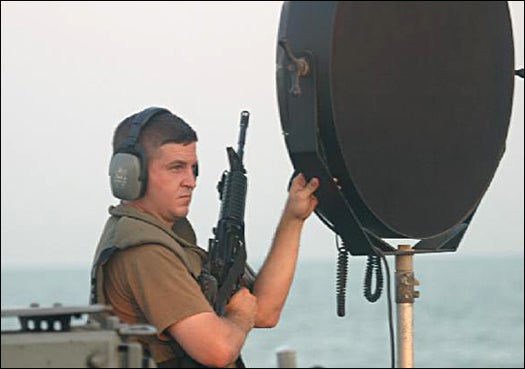 A desert people have developed a new weapon that uses sound instead of bullets. But this time, it will be used to control crowds instead of fighting giant worms or devious members of House Harkonnen. The Israeli Defense Ministry has contracted for the production of sonic-boom stun-guns called “Thunder Generator cannons,” which they hope to use in crowd-control situations.

The cannons are built by farming company PDT Agro, which originally designed the sound blasters as a means of warding birds away from crops. Eventually, someone realized the powerful sonic blasts could do the same to people.

The weapon runs on LPG, a common cooking gas, which mixes with oxygen to generate powerful bursts of sound. Each sound burst lasts around 300 milliseconds, and generates a shockwave that travels from the cannon at almost six times the speed of sound.

Although it’s intended to be less than lethal, the Thunder Generator cannon can cause death to people within 30 feet of the blast. For people farther away than 30 feet, the sonic boom will deafen them and knock them back, and hopefully disperse an unruly crowd.

The Israeli military hopes to use the sound blaster as an alternative to the rubber bullets and caustic chemicals they currently deploy against rioting Orthodox settlers and rock-throwing Palestinians alike. Either way, it sounds less dangerous than a weirding module.

[Defense News, via The Register