We’ve seen concepts and a rare look behind the scenes during assembly, and now in the flesh: Raising champagne glasses...

We’ve seen concepts and a rare look behind the scenes during assembly, and now in the flesh: Raising champagne glasses in the shadow of a full-size ice statue of an Apollo astronaut, a group of soon-to-be space tourists joined Sir Richard Branson at the unveiling of Virgin Galactic’s SpaceShipTwo, now named “VSS Enterprise,” in the Mojave desert last night.

With test flights beginning in 2010, the Enterprise is expected to enter service in 18 months, jetting well-heeled passengers paying $200,000 per seat to the very edge of space.

Enterprise will be shuttled to 50,000 feet by it’s carrier vessel, known as “Eve” after Sir Richard’s mother, at which point Enterprise will ferry its six passengers and two pilots to a sub-orbital altitude of 65 miles above the Earth. Moving 2,500 miles per hour, passengers will experience about five minutes of weightlessness and be able to see the curvature of the Earth. Enterprise then re-enters the atmosphere with its wings folded up, gliding unpowered part of the way back to earth before landing back at Spaceport America outside Las Cruces, New Mexico, from which it will operate.

Built by legendary aerospace designer Burt Rutan’s Scaled Composites, the project culminating in Enterprise has been marked by delays and even tragedy – in 2007 three of Rutan’s employees died when an engine they were testing failed – so seeing the finished product roll onto the tarmac marked not only a milestone for Rutan and Branson’s vision, but for space tourism and private space travel as a viable industry [read our January 2010 issue cover story on that very topic here].

It also made for some awesome photos. See more here. 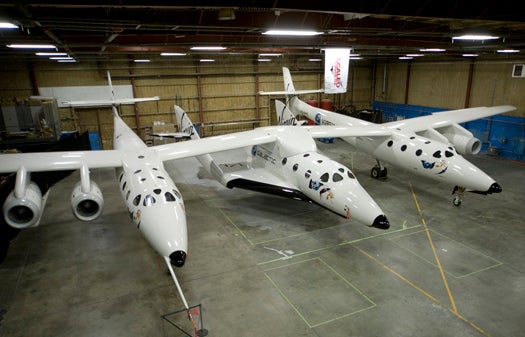 VSS Enterprise, in the Hanger 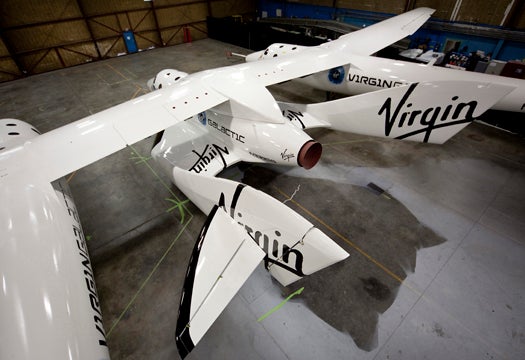 SpaceShipTwo resting under the Mothership WhiteKnight2 inside a hangar in Mojave,Ca. SpaceShipTwo will have its worldwide debut Monday evening at the Mojave airport for dignitaries and future “astronauts”. 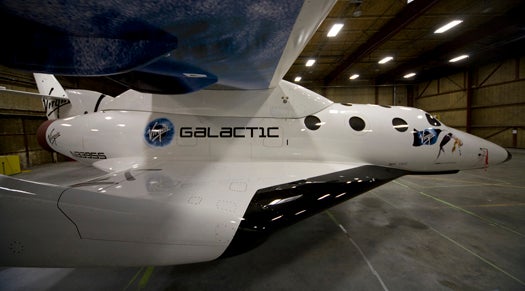 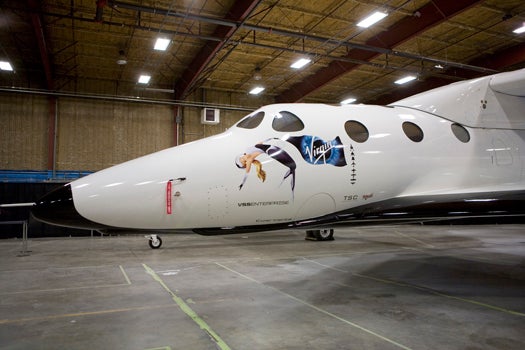 Every Good Aircraft Needs A Pin-Up 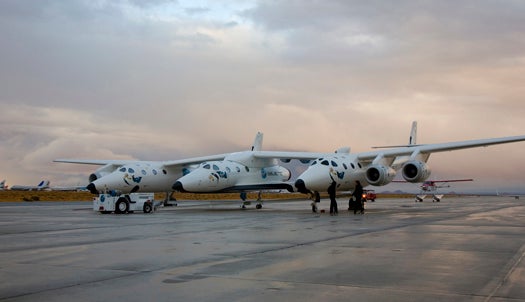 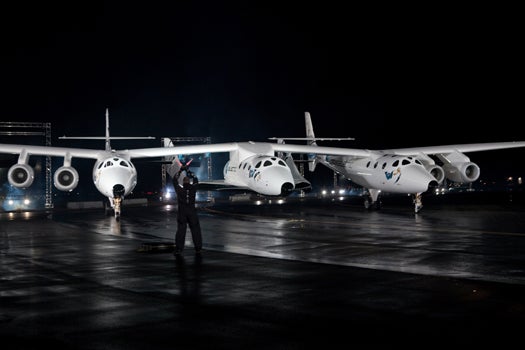 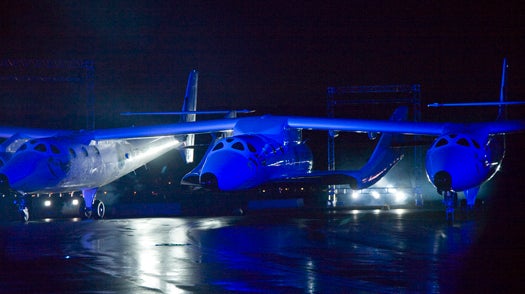 VSS Enterprise, Belle of the Ball 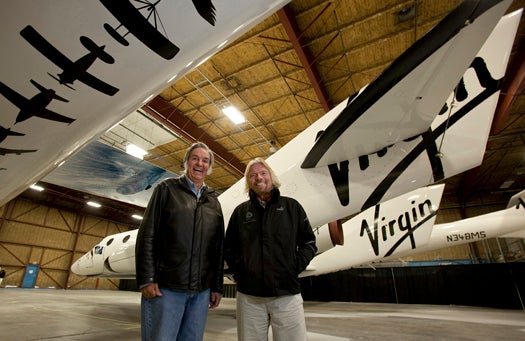 Burt Rutan (L) and Sir Richard Branson pose for a photo in front of the SpaceShip2 resting under the Mothership VMS Eve inside a hangar in Mojave,Ca. The SpaceShipTwo will have its worldwide debut Monday evening at the airport for dignitaries and future “astronauts”.