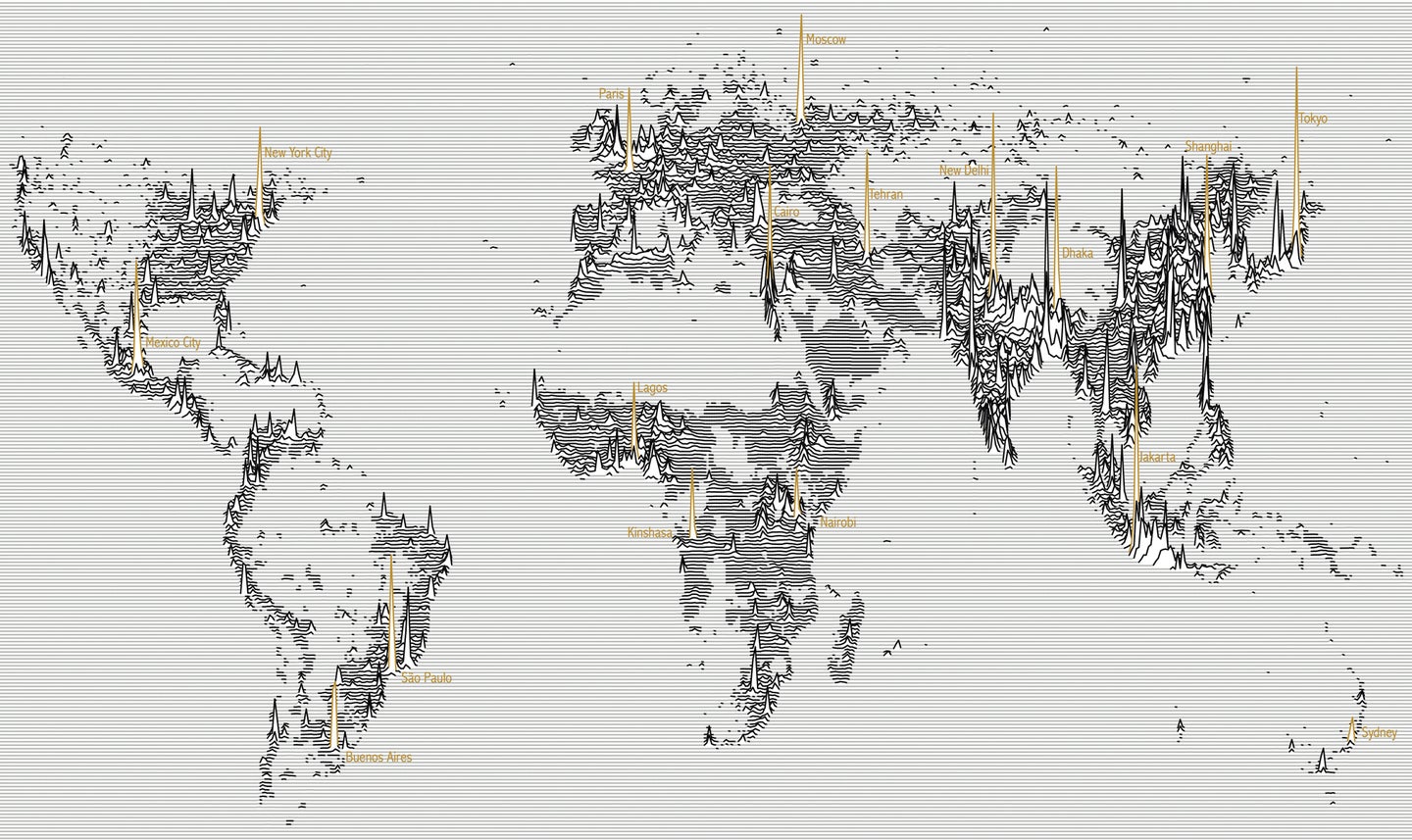 James Cheshire mapped the world’s population in a new way. Omitting any shorelines or country boundaries, he drew horizontal latitude lines that zigzag upward in black according to the population at that spot, with spikes at major cities colored gold. The approach highlights Earth’s densest areas—crowded Asia stands out particularly—more clearly than a table of numbers ever could. 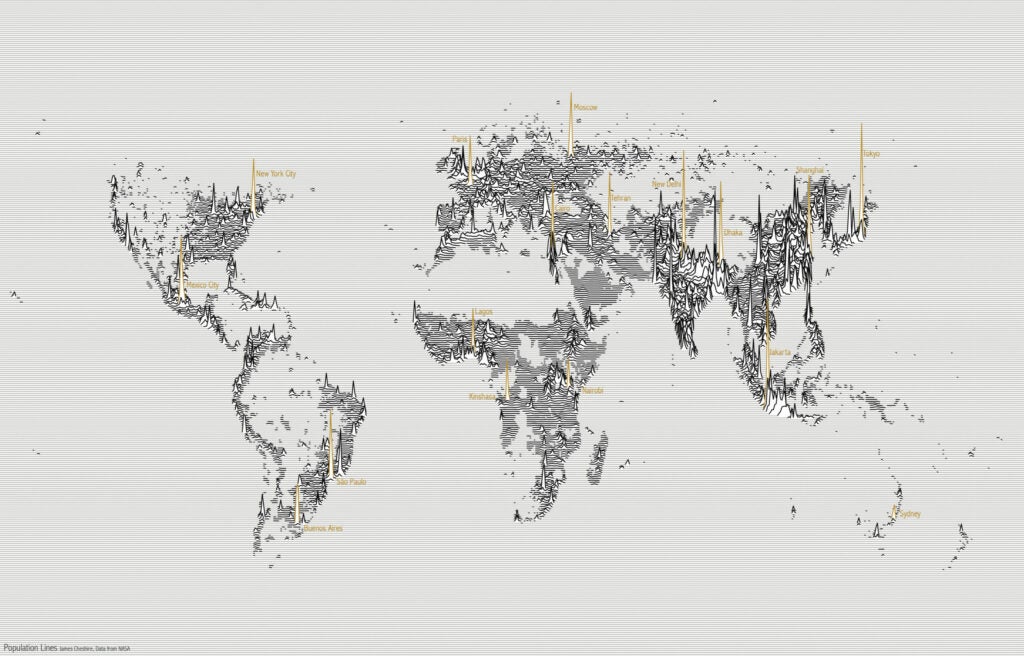