Astronomers cooked up alien atmospheres in an oven

The secret ingredient is meteorite powder. 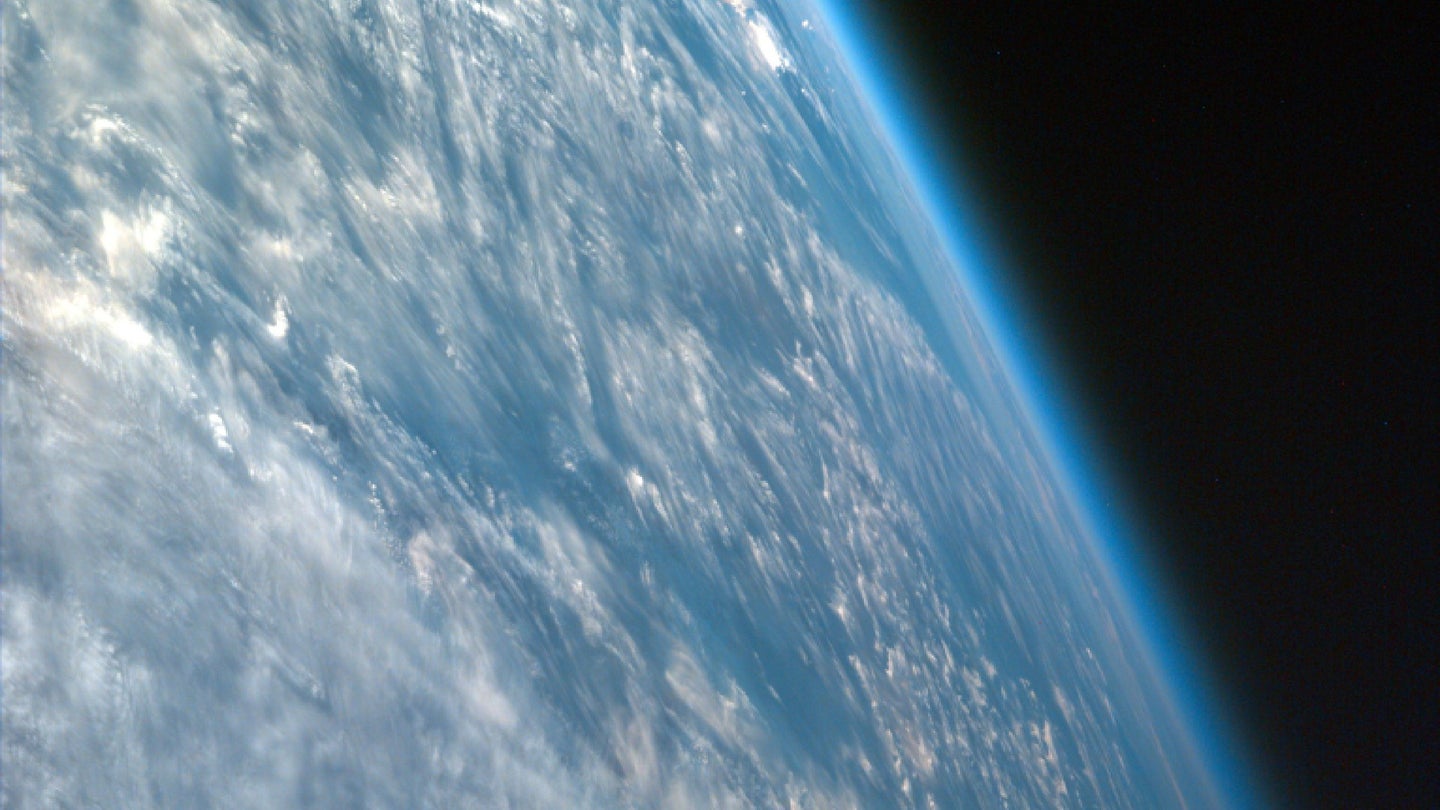 What was Earth’s atmosphere like 4.5 billion years ago? It’s a tough question to answer. Back then, Earth was barely a planet and more like a churning mishmash of rocks. When life eventually took hold, it spewed oxygen everywhere and irrevocably changed the blend of gases we now call air.

But it’s a question that has grown urgent as the study of alien planets outside our solar system—exoplanets—has boomed. Current telescopes can spot atmospheres around worlds bigger and hotter than our own, and the next generation will soon bring the blurry outlines of Earthlike planets into focus.

To work out what those planets are made of, whether they have water, and perhaps even whether they host life, researchers need to be able to link the gaseous silhouettes with the worlds’ bones: their rocks and minerals.

Earth’s weather, life, and plate tectonics have recycled beyond recognition the materials that first forged our world. But pristine leftovers that escaped the chaotic production of Venus, Mars, and Earth have survived as asteroids. Now, a team of researchers has pulverized, baked, and analyzed a handful of nuggets from those primordial materials to catch a whiff of gases that can’t be collected any other way.

“They’re really the only direct samples that you can hold in your hand and actually study in the labs here on Earth to try to get an understanding of what early Earth or other rocky planet atmospheres might have been made out of,” says Maggie Thompson, an astrophysicist at the University of California at Santa Cruz.

How to make an atmosphere

Rocky, terrestrial planets make their own air. This kind of world takes shape from a swirling cloud of mega-asteroids tens to hundreds of miles across. The coalescing space boulders smash together and heat up to thousands of degrees Fahrenheit. The inferno boils away frozen materials in the rock, and these gases become the planet’s starter atmosphere.

Researchers have long realized that asteroids, as samples of the stuff that Earth formed from, are the key to understanding our planet’s origins. But they’re far away and hard to get to, so instead planetary scientists study the remnants of asteroids that have made their way into the inner solar system and fallen to Earth: meteorites.

[Related: Watch live as the OSIRIS-REx spacecraft snags a chunk of asteroid]

“They really are like leftover Legos of planets in our solar system,” Thompson says. “It’s really lucky that they come to us.”

Early attempts to work out the makeup of young Earth’s atmosphere used models. Laura Schaefer, now a planetary scientist at Stanford University, led one such effort in 2010. She already knew what minerals and elements had been found in the main class of meteorites thought to be linked to planet formation. So she used chemistry to predict the gases those materials would release when heated.

She found that water and carbon dioxide would have dominated the early atmosphere, with traces of less expected gases, including types of sulfur and carbon. It was a reasonable result, but one assuming ideal conditions and pure materials.

Years later, Thompson and her advisor Myriam Telus reached out to Schaefer. They planned to take the Stanford scientist’s simulations and make them a reality, by baking real meteorite fragments in an oven to see what gases would be released.

Other researchers had heated up meteorites before, but they were typically driven by other questions that required different experimental techniques. No one had ever used the space rocks to cook up a version of Earth’s primordial atmosphere. Schaefer was in.

“It’s every modeler’s dream that somebody will come along and test their models with real data,” she says.

Telus leveraged her network in the meteorite community to procure a few raisins’ worth of material from three meteorites, one of which had just fallen to Earth in 2019, when it crashed through the roof of a dog house in Costa Rica.

Thompson ground up shavings from the meteorites and stuck them in an oven, where she exposed them to conditions thought to be similar to what the powdered rocks would have experienced 4.5 billion years ago if they had helped form the Earth. She heated them to nearly 2,200 F (1,200 degrees Celsius) in a near vacuum, at pressures a hundred million times lower than at sea level. Then a sensitive instrument meant to search for trace contamination from gases sniffed what came out.

[Related: This distant world is a lot like Earth, but you wouldn’t want to live there]

The proto atmosphere released by the hot meteorite powder was about 66 percent water vapor, 18 percent carbon monoxide, and 15 percent carbon dioxide, along with smaller amounts of hydrogen, hydrogen sulfide, and a handful of other gases. It was mostly in line with what Schaefer had predicted, although with a few differences, such as more sulfuric gases. “That’s something we’re still working out,” says Schaefer, who helped analyze the results. The researchers announced their results last Thursday in Nature Astronomy.

The Santa Cruz group still has roughly 80 percent of their meteorite material left, so they plan to continue their baking. Next, they hope to fine-tune the gas sensor to look for rarer gases (it can only sniff out ten at a time). They’d also like to try switching up their ingredients and cook with a different class of meteorites to see what kind of atmosphere those rocks produce.

From the oven to the stars

The team’s home-baked atmosphere will help astronomers better understand what they’re looking at when the James Webb Space Telescope and the next generation of ground-based telescopes start coming online over the next decade. As the telescopes return raw data describing the light that makes it to Earth from the atmospheres of rocky planets (like those in the TRAPPIST solar system), researchers will compare those observations with atmospheric predictions to see which blends fit best.

Thompson’s atmosphere will be among those. A strong match would tell us how much water and carbon dioxide are in the atmosphere, as well as whether that solar system sculpted its planets from the same type of asteroids ours did.

The research also lays the groundwork for interpreting biosignatures, or signs of life. Organisms on Earth drastically transformed our atmosphere. Now that researchers have a better handle on how the atmospheres of rocky planets might start out, they’ll be more prepared to recognize an atmosphere that life has tampered with.

“To understand biosignatures, we have to get a handle on what’s the natural range [of atmospheres that] rocky planets will make without life,” Schaefer says.