The best telescopes for beginner astronomers of all ages

Are you really going to let those little stars twinkle twinkle without further inspection? 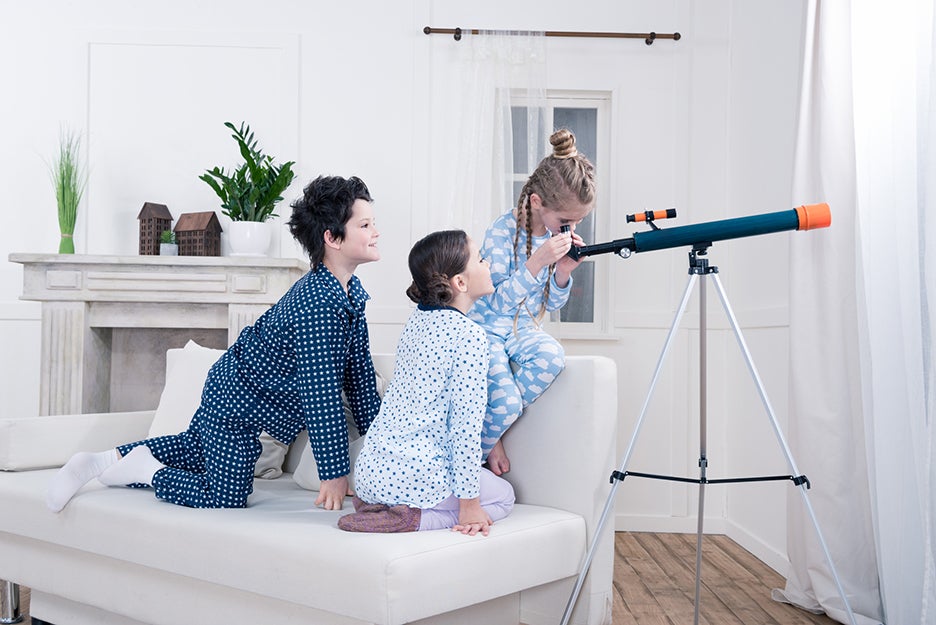 Since the dawn of time, man has gazed up into the heavens and wondered what those twinkly lights were in the night sky. The fact that we’ve progressed to the point where we’ve walked on a few of those twinkly lights hasn’t diminished our curiosity. But telescopes can be complicated and may turn amateur astronomers off before they even get started.

To that end, we present our choices for the best beginner telescopes—ones that deliver on the star-gazing without burdening you with too much tech.

Designed first and foremost to be easy to assemble and begin using, the Meade is an ideal entry-level telescope. Its 70mm refractor is primed are ready for the night sky, but the StarPro is also adept at daytime viewing, so it provides ample opportunity for new users to find their comfort level. It can be assembled in minutes from out of the box to first use, and even has a companion smartphone app that allows you to snap pictures of what you’re seeing through the telescope’s lens. To top it off, all the interchangeable eye pieces can be stored in an accessory holder built into the tripod—so nothing gets lost. It’s all about fun and access over intricate machinery, and that’s what makes it a great starter scope.

If you’re a beginner who’d rather keep things as analog as possible, check out the Orion. This tabletop reflector telescope weighs just a hair over 23 pounds, making it easy to pick up and move around as needed. You get about 6 inches of aperture, a rocker-arm mount, and a pair of 1.25-inch (32 mm) eyepieces. The “i” in StarBlast 6i stands for “IntelliScope,” which is a built-in system that keeps track of the telescope’s altitude and azimuth (a system for measuring the direction of a celestial object from the observer) and which lets you know when you’re closer to, or farther from, the planet you’re looking for.

The best way to get them started really young (like age 6 and under), the Educational Insights GeoSafari Jr. is a combination telescope and slide viewer, with an audio function that delivers facts about the objects on the slides (which also includes animals as well as planets). Its talking function features the voice of Emily Dawn Calandrelli, host of Fox’s Xploration Outer Space. The 4x-magnification telescope has a wide binocular eyepiece and doesn’t need to be focused to magnify nearby objects, so it’s easy to use. The telescope also attaches magnetically to a wide, sturdy base. The telescope comes with 24 slides and takes three AA batteries (that are sadly not included).

Most advanced telescopes have built-in microprocessors on board with dedicated software code and special-purpose keypads attached to the mount. The Celestron keeps things simple and takes all of those potential confusion out of the mix. Your smartphone or tablet makes a perfectly excellent telescope controller, it turns out. All you need to do is download Celestron’s free SkyPortal app from the Apple App Store or Google Play and you can control it from there. Oh, and it is what’s known as a “Go-To” telescope, which means it actually directs you to major celestial “must-sees.”