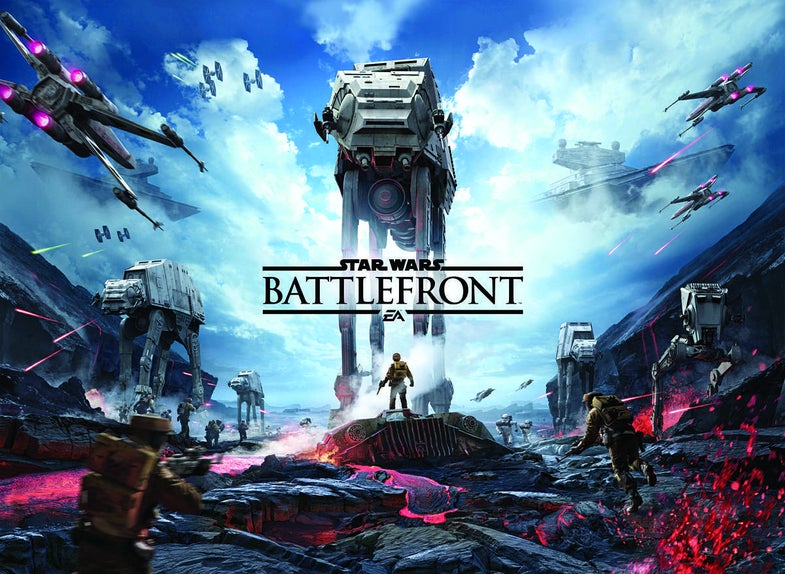 When Star Wars Battlefront launched in November, players quickly found that it was a fun game, but needed more substance. Electronic Arts (EA), the creator of Battlefront (as well as the FIFA series and others), has finally announced its schedule for adding more content to the nostalgia-fueled first-person shooter game.

Most importantly, we’re getting the Death Star.

EA announced today that it would be rolling out a series of free and paid DLC. Tomorrow, a free update will include private matches, new Hoth-themed outfits for Luke Skywalker and Han Solo, and Daily Challenges. We’re not sure what these challenges will be, but we can hazard a guess that they’ll provide rewards based on metrics like kills, headshots, or objectives captured.

Later on in February, there will be a new Survival mission on Hoth, and a new Hoth map for multiplayer battles.

And if you’re willing to shell out a little more for premium content, EA’s Season Pass will continue to unlock new content into 2017. EA is planning to have maps for the Outer Rim, Bespin, the Death Star (!!!), and an expansion pack that is yet to be named. EA also promises new weapons and even Heroes, hopefully making up for the lack of Episode VII characters in the original Battlefront release.

However, the game still lacks a comprehensive single-player mode, or any story at all, in an almost satiric performance concerning the state of multiplayer first-person shooter games.