Can this portable fan help you stay cool, even during a heat wave?

Cool off anytime with a small but mighty wearable fan. 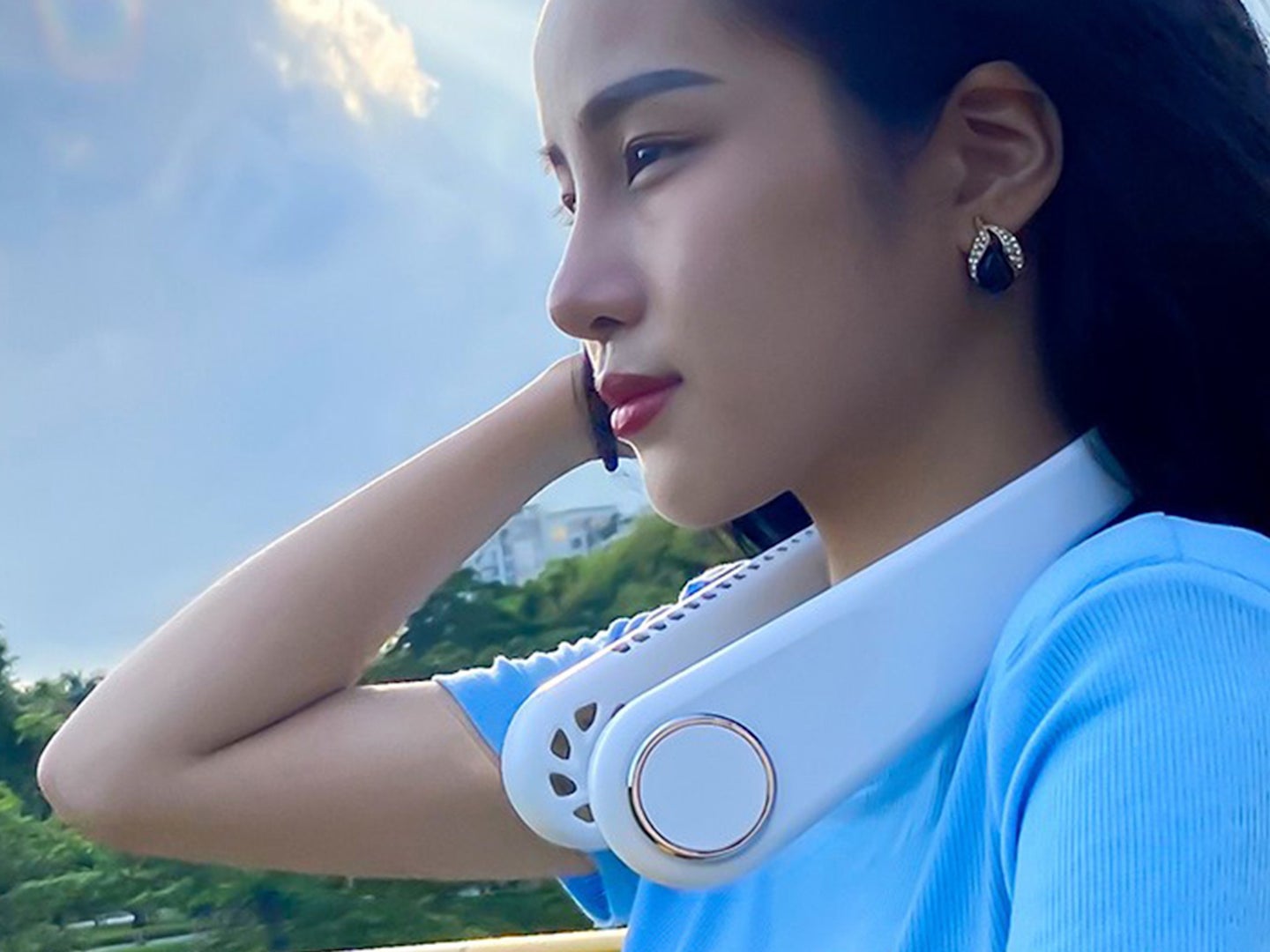 It may be a near-annual event to discuss the often-deadly heat waves in the summer months. Last year, heat domes punished the Pacific Northwest. This year, temperatures across the United States and Europe have continued to rise. However, preparations for prolonged extreme temperatures are not impossible. In fact, in the right weather, something as simple as a small fan could make a difference in your body’s temperature regulation.

Keeping cool during a heat wave is often as much an issue of economics as a battle against a changing climate and the man-made forces that led it there. The average electric bill in the summer for Arizona residents can range from $100–$250 per month for an apartment. For a house of slightly greater-than-average size in Phoenix, the price rises to around $450 a month.

But summer isn’t the only time it’s hot. With temperatures rising around the world and signs of global warming only growing more common, other means of keeping cool are practically a necessity, particularly during times of year you aren’t expecting (or prepared for) heat. That’s where an affordable personal cooling device, like the wearable Cool Blades fan, can come in extremely handy.

While not a perfect solution to your sweatiest moments, these compact devices could provide the means to stay cooler both during the sweltering days of summer and the warmer and warmer days of other seasons. Right now, you can pick up a Cool Blades wearable fan in black or white and save 72 percent on the retail price.

Will a portable fan really keep me cool?

According to a 2019 study, the best time for a small, powerful fan to help lower your body temperature is in hot and humid conditions. In arid heatwaves, fans may just blow hot air at you. However, other researchers have found that when external moisture is applied to the skin, humidity matters less. If you live in a hot, dry place and want to cool off with a fan, spritz some cool water on yourself and then sit in front of the fan. Pair those spinning blades with a simple spray bottle full of water for an efficient way to help cool down without jacking up the AC.

A wearable fan that can help you beat the heat

If holding up a fan doesn’t sound like a good time, or if sitting in one place isn’t an option, a wearable fan like the Cool Blades 4.0 is a great solution. This device drapes around the wearer’s neck and has a dual-fan system with three speeds. At its minimum speed, the fan can operate for up to 10 hours. If you are away from an air-conditioned environment or want to cut down on your electric bill, you’ll want this convenient tool with you.

Heat—especially extreme heat—can exhaust your body quickly. That summer lethargy isn’t laziness. While Cool Blades may just be pointing up at you from your neck, the added temperature control of a portable fan could help you get some of your heat-lost energy back. Pair this portable fan with its battery pack, and you could help keep yourself cool for hours longer. With a battery life of 600–800 cycles, proper treatment of your fan could give you many chilled-out days and nights.

A compact, hands-free fan like this can help add some climate control to all places and situations. Think about your commute, your office, walking the dog, shopping for groceries, appointment waiting rooms, or even the homes of friends and family; having a wearable fan in these scenarios can make you feel less miserable. And with internal fan blades, you should not have to worry about hair or clothes getting caught (though it’s probably best to tie longer strands back just in case).

Even if the most recent heatwave where you live has ended, there’s no telling when higher-than-average temperatures will return for summer, fall, or beyond. Extreme temperatures and season creep are something we’ll be dealing with long-term. Making an investment in a portable, wearable fan like the Cool Blades 4.0 is a great way to improve your immediate surroundings on any given day of the year. And while the Cool Blades 4.0 wearable fan is marked down to $32.99 from $119.99, that investment is pretty small.