Snapchat Has Taken Over The Luxor At CES 2016

Is That A Snapcode? 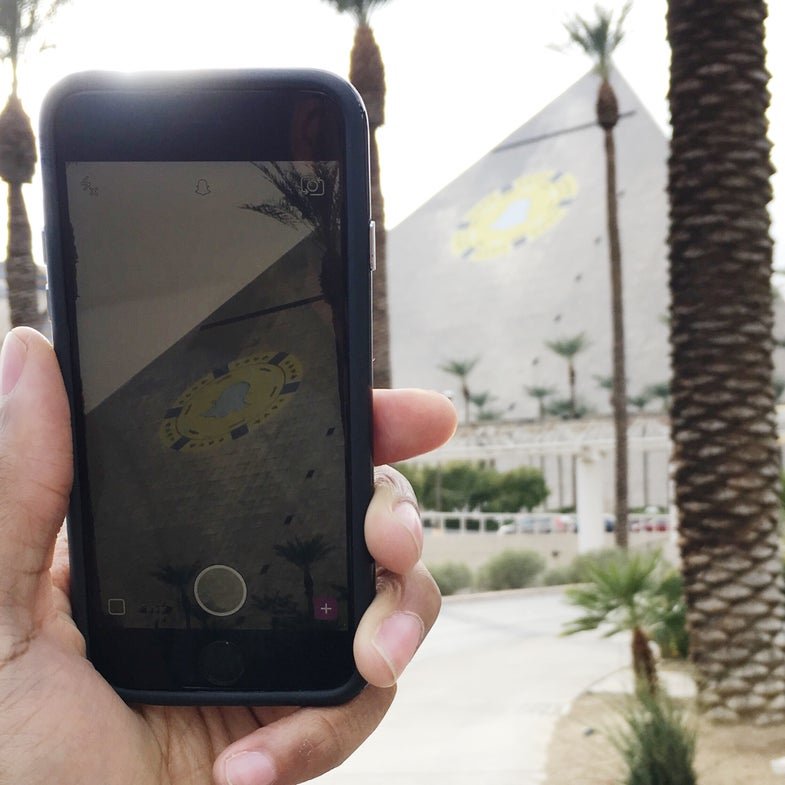 Snapchat is gearing up for a big presence at CES 2016—almost literally. The Consumer Electronics Show generally skews towards VR headsets, wearables and other tangible products. But the popular self-destructing photo app won’t be soon forgotten amongst the hoverboards and self-driving cars. Mainly because of the giant freaking Snapchat logo the company has plastered on the front of the Luxor hotel.

2015 was an important year to Snapchat. The app that promises to automatically delete shared photos within 10 seconds saw the release of Discover—its play at repackaging content from across the web, Snapchat-style. Using portrait orientation and similar navigation to the rest of the app, Discover gave Snapchat users fewer reasons to leave the app. The company also introduced Snapcodes: its version of QR codes for quick adding of users to your friends list.

But don’t let the black and yellow color scheme of Ghostface Chillah’s Vegas billboard fool you—this Snapchat logo is, unfortunately, not a snapcode. We checked. 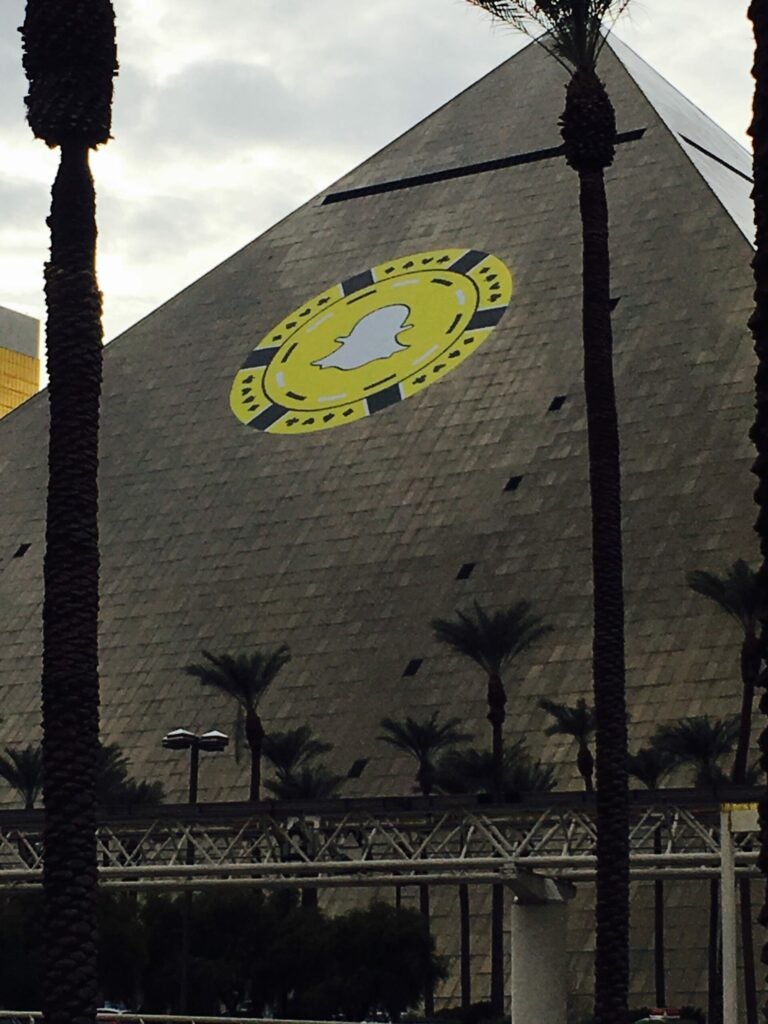 Snapchat at the Luxor

The gargantuan Snapchat logo may be here just in time for CES 2016, but Evan Spiegel and crew played the poker chip as early as before the new year. And the Luxor is all about it.

It’s clear that Snapchat and the Luxor are quite friendly at the moment. With last year’s “Techies in Vegas” Snapchat Story, the app has continually acknowledged the past importance of CES. This year, the Snapchat mascot will be among the first sights seen as Las Vegas visitors travel back to their hotels or Airbnb’s. The question remains, is this a hint at a possible announcement or unveiling from the photo-sharing startup here in Vegas? While it’s too early to tell, we’ll be sure to keep you posted.