A personalized way to kick the habit 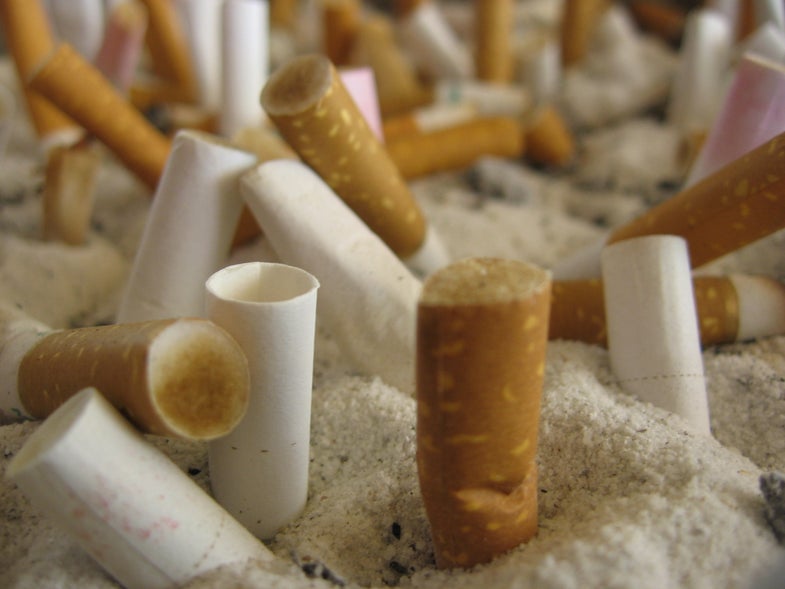 The best way for a smoker to quit might depend on how fast his or her body can break down nicotine.

A group of researchers in collaboration with the University of Pennsylvania’s Perelman School of Medicine wanted to figure out the optimal way for individual smokers to quit. They decided to look at the effectiveness of the pill varenicline—otherwise known as Chantix—and the nicotine patch. Caryn Lerman, lead author of the study and professor of psychiatry at the University of Pennsylvania, says the team decided to look at these two quitting options because of their generally high rates of effectiveness among quitters.

The researchers’ four-year-long study looked at more than 1,200 smokers who were interested in quitting over 11 weeks. Trial participants were randomized, and given either a placebo pill with a real patch, a placebo patch with a real pill, or both placebo patch and pill. Researchers found that those who metabolized nicotine normally did better with the pill, while those who metabolized nicotine slowly did better with the patch. The pill was effective for both sets of smokers, but those who fit in the slow category experienced more side effects.

This study was published January 11 in Lancet Respiratory Medicine. Lerman says this was the first time a biomarker was used to gauge how effective the pill was compared to the patch.

Now that the biomarker has been identified, Lerman says the next step is to put it into clinical practice. That way, smokers will only have to take a blood test to determine how fast they metabolize nicotine, and pick the cessation plan that works for them.