On the Field, Fewer Blows to the Head

A new, cheap, helmet retrofit may be the key to averting concussions 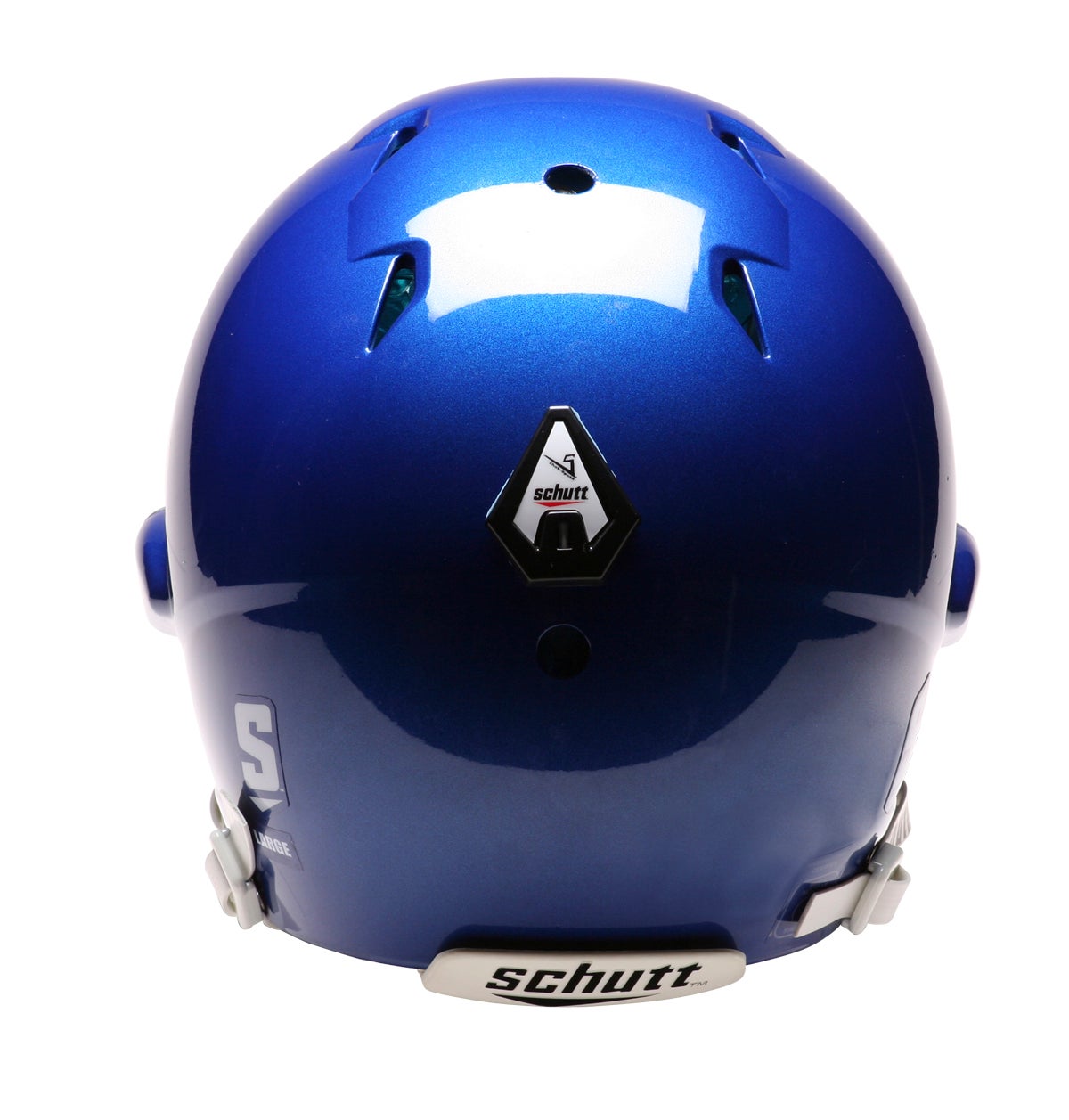 Shrink the field, add hockey-like walls and serve cheaper beer. The triad has been a model of survival for the Arena Football League but also led to more than its fair share of concussions (on the field, of course). Its players’ susceptibility to blows made the league a natural fit for helmet manufacturer Schutt to test its Shockometer—a retrofit designed to warn medical personnel of a potential concussion.

In spite of the cheesy name, the technology has potential. A triangular shaped indicator adheres to regular helmets and changes from green to red when an impact registers a g-force greater than 98 (an accelerometer breaks releasing a gas that changes color, but Schutt is hush-hush on the details). Though not definitive, that seemingly arbitrary value stems from NFL research suggesting 98 g’s is likely to induce a concussion. A red indicator would at least urge trainers to conduct a more thorough evaluation (what color socks are you wearing, follow the finger, etc.). Concussions occurring below 98 g’s would still go undetected. Schutt executives say the technology is still in development to ensure impacts at different locations appropriately trigger the device. A full launch in the AFL is expected next season while applications into other sports are on the horizon. 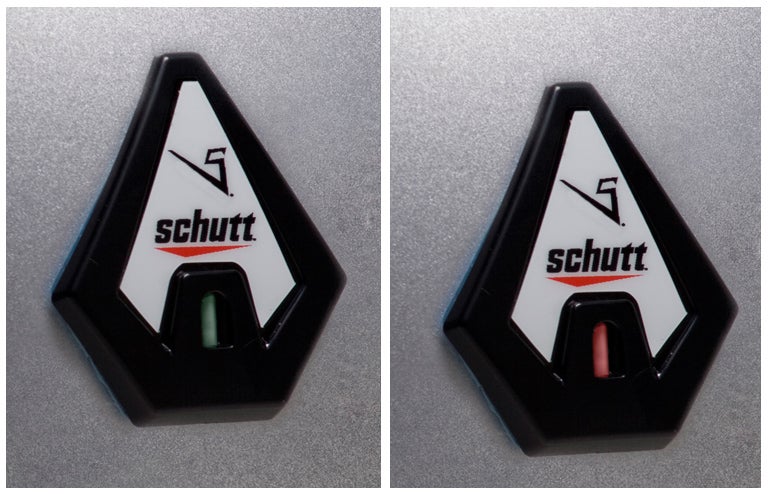 When an impact over 98 g’s is detected, the Shockometer changes from green to red

The technology is not the first to provide impact detection. The HIT system, developed at Simbex and licensed by manufacturer Riddell, uses a more sophisticated accelerometer system to quantify the exact impact magnitude and location. Those helmets wirelessly transmit the data back to a computer and notify trainers of significant hits. This system has been used at colleges for several years as a safety detection and research tool.

What the Shockometer lacks in comparative sophistication, however, it plans to make up for in price. At $1000 apiece, the HIT system is out of range for all but the most deep-pocketed of leagues. If the AFL test proves successful, though, $30 Shockometers could readily be slapped onto every high-schooler’s helmet.