This Month’s Innovations For a Greener Future: Megakites, Solar Flowers, and More

A kite flown in a strong breeze will quickly unspool string as it climbs higher. KiteGen Research in Italy aims...

The kite generates electricity as it ascends.

A kite flown in a strong breeze will quickly unspool string as it climbs higher. KiteGen Research in Italy aims to turn that action into electricity. The company developed a prototype that flies 200-square-foot kites to altitudes of 2,600 feet, where wind streams are four times as strong as they are near ground-based wind turbines.

As the kite’s tether unspools, it spins an alternator that generates up to 40 kilowatts. Once the kite reaches its peak altitude, it collapses, and motors quickly reel it back in to restart the cycle. This spring, KiteGen started building a machine to fly a 1,500-square-foot kite, which it plans to finish by 2011, that could generate up to three megawatts—enough to power 9,000 homes. 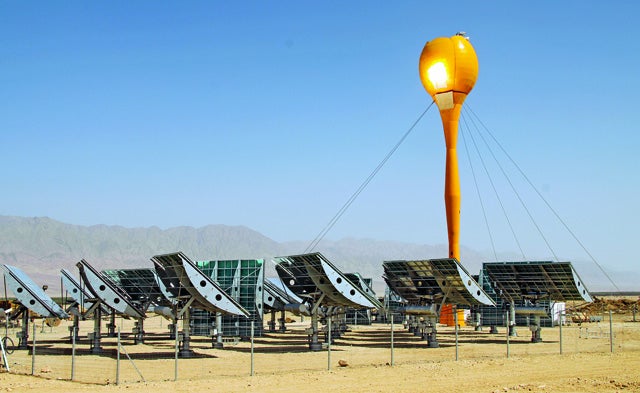 Mirrors direct sunlight onto the solar plant’s tower, heating air to run a turbine that powers 70 nearby homes.

Any blossom would stand out in the desert of southern Israel, but you’d be hard-pressed to miss a 98-foot-tall one. The tulip-shaped tower is the centerpiece of the world’s first hybrid-solar power plant, opened this summer by Israeli start-up AORA Solar. An array of 30 mirrors focuses the sun’s rays on the central steel bud. Inside, the solar energy heats air to 1,800ºF, causing it to expand and spin a turbine to generate 100 kilowatts. When night falls or clouds obscure the sun, the plant helps heat the air with a standard diesel combuster running on up to eight gallons per hour to provide consistent electricity output, unlike strictly solar plants. AORA is working with Spanish, Chilean and Australian companies to export the tech, which could be reconfigured to burn biofuel, says Pinchas Doron, the company’s chief technology officer. “Soon,” he says, “it could be green energy 24/7.” 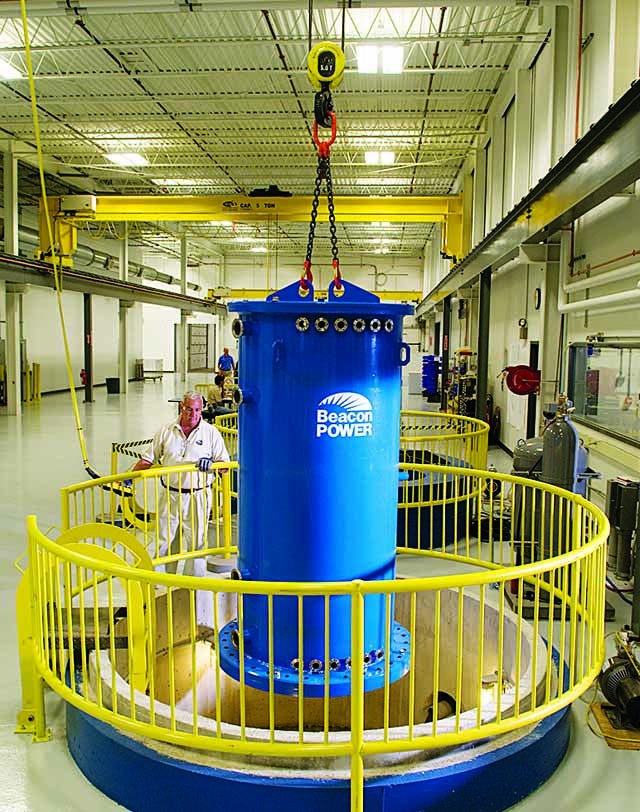 Beacon Power’s flywheels spin to 16,000 rpm and make electricity as they slow.

Power plants often pump more electricity into the grid than consumers demand, and that unused juice fizzles away. Now Beacon Power’s energy-storage plant uses that excess to power motors that spin carbon-fiber flywheels. When customers need extra power, the motors stop driving the flywheels and, as the wheels decelerate, convert their motion into electricity. The company recently added 10 flywheels—redesigned to run continuously without overheating—to its two-megawatt facility in Massachusetts, making it the first flywheel system that can feed the grid at any time. Next, Beacon will build a 20-megawatt facility in New York State that could save 33,000 barrels of oil a year.