Researchers confirm the existence of this synthetic element in a new accelerator study. Will it be enough to give ununpentium official recognition and a new name? 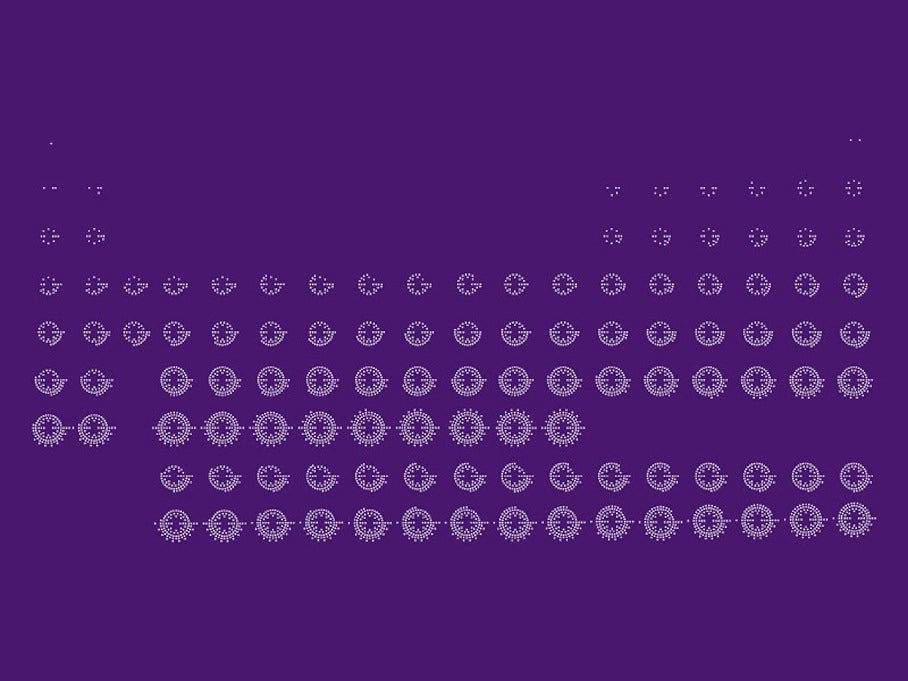 At the bottom right corner of the periodic table of elements, there are a handful of boxes that illustrators often color gray. The International Union of Pure and Applied Chemistry leaves out those boxes altogether, so that their periodic table looks a bit gap-toothed. The boxes are for elements that the IUPAC hasn’t yet confirmed actually exist.

Now, a new set of experiments backs up the discovery of one of those elements. An international team of physicists has synthesized an element with 115 protons in the GSI accelerator in Germany. This isn’t the first time a research group has synthesized the element, which has the temporary name of ununpentium (Latin for one-one-five, plus “-ium.”) A team of Russian and U.S. scientists first made ununpentium in the early 2000s and published a paper about it in 2006. However, at the time, the IUPAC didn’t consider that enough evidence to officially recognize—or name—ununpentium. The new GSI studies are another step toward official recognition. 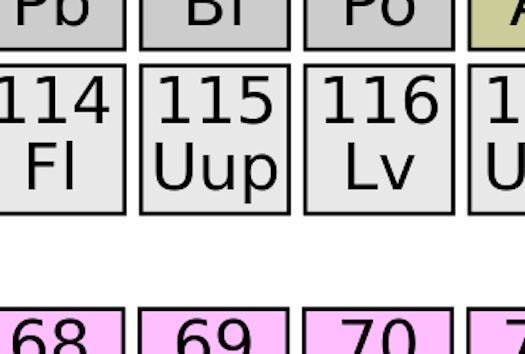 Ununpentium in a Periodic Table of Elements

Why do we say that people “synthesized” or “made” ununpentium, instead of saying people “found” it? Well, like other super-heavy elements, ununpentium can only exist when people perform experiments to create it. It’s an entirely synthetic element (ununpentium : elements :: polyester : fabrics?). You can’t just cook it up in any lab, either. The creation of elements heavier than uranium, which is the heaviest element to occur naturally on Earth and contains 92 protons, requires fusion reactions, nuclear reactions, or other highly specialized chemistry. Before ununpentium, the GSI accelerator had created six synthetic elements with more protons than uranium.

To make ununpentium, the team of physicists working at GSI bombarded a thin film of americium—another synthetic element, with 95 protons—with calcium ions, which have 20 protons each. The bombardment fuses the nuclei of the americium atoms with the nuclei of the calcium atoms to make a new, single, 115-proton nucleus. (See the very educational GIF on GSI’s “new elements” webpage.) Like all super-heavy, synthetic elements, ununpentium decays quickly. Atoms of ununpentium that researchers made for the 2006 announcement lasted just 30 to 80 milliseconds.

According to Lund University in Sweden, IUPAC members will now review the new confirmation of the 2006 work and decide whether it’s enough to merit official recognition for ununpentium. Lund researchers led the recent ununpentium experiments done at GSI. Meanwhile, the Lund team has published its findings in the journal Physical Review Letters.

Besides confirming cool theories in chemistry, work on synthetic elements helps researchers learn more about the process of fission in general, according to the U.S.’ Lawrence Livermore National Laboratory. You’re unlikely to see ununpentium in even the most advanced gizmos of the future, however. So far, scientists have found practical applications only for synthetic elements with 100 or so protons or fewer.