The Periodic Table: Older Than It’s Ever Been 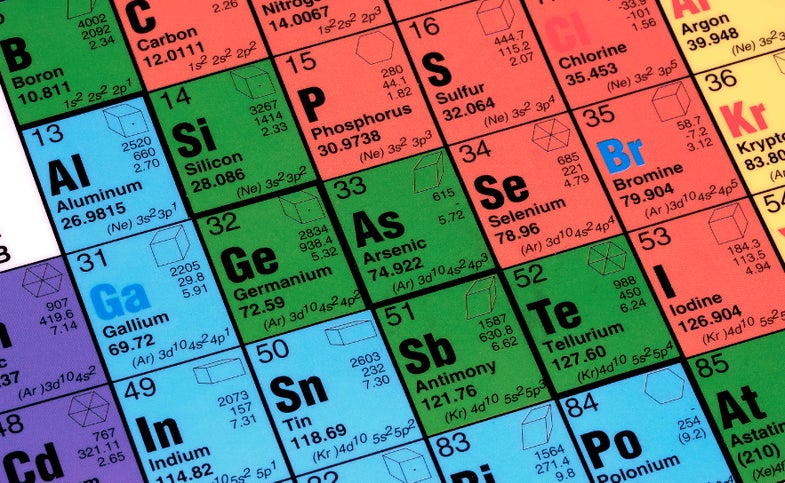 Ah, the periodic table. The Rosetta Stone of chemistry, if you will. Well, today, this great tormentor of high school science students celebrates its 140th birthday, so lets take a quick look at a bit of the history behind this scientific gem.

The groundwork of the period table was laid on March 6, 1869, when a study entitled “The Dependence of the Atomic Weights of Elements” was presented to the Russian Chemical Society. The presentation, prepared by the hirsute Russian chemist Dmitri Mendeleev, outlined eight specific points regarding the arrangement of the 63 known elements. Some of the points included in the presentation were: The elements, if arranged according to their atomic weights, exhibit periodicity of properties; the most widely diffused elements possess small atomic weights; and, that we must expect the discovery of unknown elements.

Though this presentation was perhaps the apex of Mendeleev’s career, he was out of town on a consulting trip (despite popular belief that he was ill), and had to let a colleague do the presenting for him. But Mendeleev’s willingness to share information and communicate with researchers around the world, not relying solely on his own work, has led some to label him as one of the world’s first modern-day scientists.

Building on his argument that we would discover new elements, Mendeleev, in 1870, predicted three new elements would be found and even went so far as to estimate their density and other properties. The elements, which he referred to as eka-boron, eka-aluminum and eka-silicon, would later be discovered as scandium, gallium and germanium. Mendeleev estimated that eka-boron would have an atomic weight somewhere between 40 and 48. When scandium was discovered nearly a decade after Mendeleev’s prediction, it was determined to have an atomic weight of 44.9—not a shabby estimate on Mendeleev’s part.

As these new elements were discovered and Mendeleev’s theories were accepted within the scientific community, the periodic table slowly transformed into its modern structure, which now consists of 117 known elements and one unknown. At the end of the 19th century, the discovery of Argon helped lead to the creation of the noble gases. Then came the always-unstable transuranic elements in the mid-20th century. Researchers at the University of California, Berkeley, in 1955 discovered the aptly named Mendelevium—a mostly useless element with a half-life of less than two months in its most stable form.

And as for Mendeleev, in 1893 he was appointed to a cushy position as Director of Weights and Measures for the Russian Government. It is rumored that while serving as director, he concluded that the perfect ABV of Vodka to be 38 percent, but for taxation purposes it was rounded up to 40 percent. Whatever the true story is, he now has a brand of Vodka named after him—putting him in the ranks of such notables as van Gogh and Chopin.

So if you’re heading out this weekend, grab a vodka and tonic and raise your glass to the periodic table and Mendeleev’s brilliant brain. Happy Birthday!