A reactor ten times smaller than any online today is cheaper, but still lacks interested customers 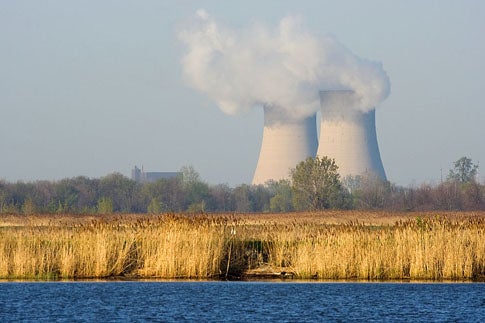 While global warming may present a serious problem for most humans, it has been a great boon to the nuclear power industry. Looking to capitalize on the political and public will behind power plants that don’t emit greenhouse gases, nuclear engineering company Babcock and Willcox has rolled out a new power plant almost ten times smaller than many of the reactors currently online.

These power plants are the most technologically advanced plants ever designed, with computer controls and modular reactors that allow for variable plant size. However, no one is interested in buying them.

“Overall, this thing is being hyped way out of proportion,” Edwin Lyman, a senior staff scientist at the Union for Concerned Scientists, told us. “The reality is that there are a number of vendors who have been proposing reactors in this range, and there has been zero interest from utility companies.”

Each reactor is slightly larger than the reactor on a modern Nimitz-class nuclear aircraft carriers, and Babcock and Willcox propose daisy chaining together a number of those small reactors to produce as much or as little power as a community thinks it needs.

Of course, the smaller the reactor, the less the utility company that runs the reactor can profit off the economy of scale. That lower profit margin has killed any interest in actually funding the production of these smaller reactors. And no matter how advanced the reactor, no one gets any energy from an power plant that hasn’t been built.