It’s one of those ideas that just sounds wrong: a barge-like floating nuclear plant in the middle of the ocean.... 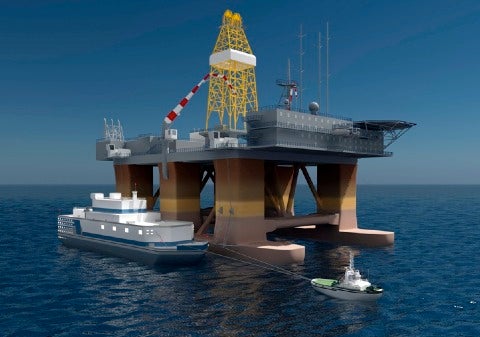 It’s one of those ideas that just sounds wrong: a barge-like floating nuclear plant in the middle of the ocean. But despite its somewhat unconventional approach, a Russian firm we first reported on in 2006 is forging ahead with plans to have the first model ready to begin service in 2012.

A floating nuclear plant, as opposed to one on land, has the advantage of being mobile. It can be shuttled between coastal regions like a barge, delivering on-demand power to coastal industrial cities where it’s needed most. And, in a country with plenty of experience with the potentially disastrous effects of a meltdown, the benefit of having the reactor at a safe distance from populated areas is considerable.

Conversely, there are concerns with how an ocean-borne plant will dispose of its dangerous nuclear waste or secure itself from a potential terrorist attack.

When we first reported on the project, availability was expected as early as 2010. The target date is now 2012, with the first operator already signed on to purchase the first plant at a price of 226.8 million euros.