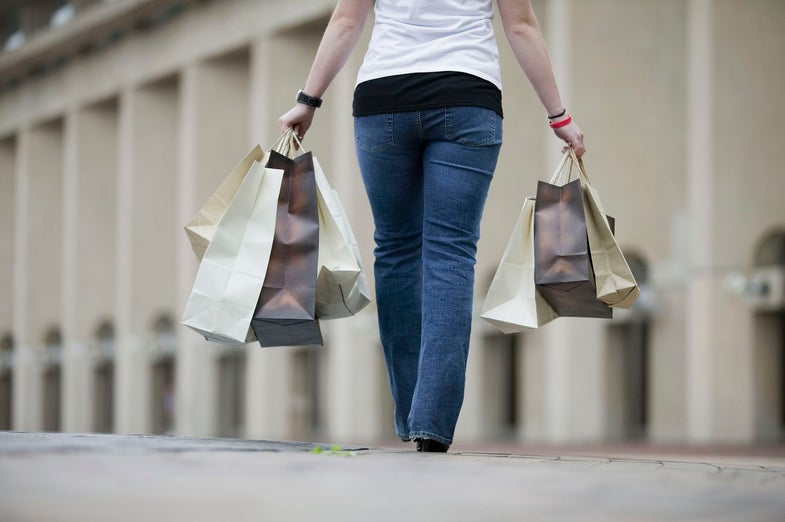 The last time I made an impulse buy was Saturday night. I was swept into a bidding war with a burly man at a tattoo art auction, and in the end spent $275 on a terribly lovely piece of original flash that features, among other things, a hula-dancing wolf and a cockroach sporting a banner with the word “YUMMY.” Frivolous? Perhaps. But I was in a good mood and it was for a good cause—to support the chronically ill 9-month-old son of a NYC tattooist.

However, a new psychological study suggests that if I were sad and self-absorbed on Saturday, I may have paid even more.

“The tendency to focus on oneself when sad drives this effect,” said lead author Cynthia E. Cryder, a doctoral student at Pittsburgh’s Carnegie Mellon University. “Our studies revealed the more self-focused people were in the sad condition, the more money they spent.” The work, which was presented at the annual meeting of the Society for Personality and Social Psychology, has proven what we all know to be true—you’re more vulnerable to devil-may-care shopping when blue.

The researchers showed half of their test subjects a tear-jerker scene from the 1979 boxer-comeback movie The Champ. The other half watched a coral reef documentary. Then, all participants were asked to make an offer on ordinary goods, such as bottles of water. Those who saw the sad movie clip were willing to pony up almost three times as much as the documentary watchers on the same product.

What Cryder’s team hasn’t proved yet, however, is why sad people tend to do this. Says study co-author, Harvard social psychologist Jennifer Lerner, “More research is needed to determine whether participants are deliberately trying to improve their sense of self by acquiring goods.”

I’d put my money on yes.